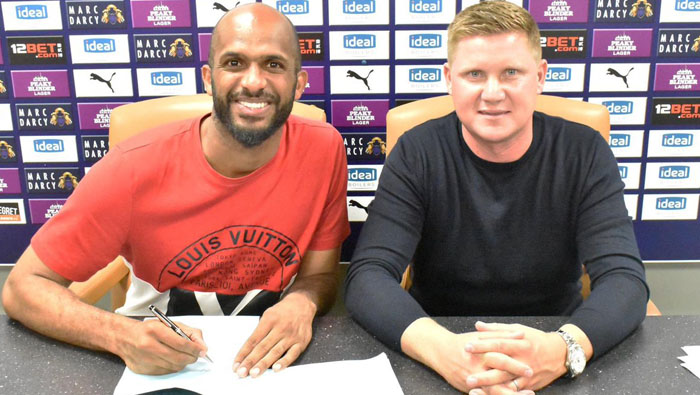 Muscat: Veteran Oman goalkeeper Ali Al Habsi has joined English Football Championship side West Bromwich Albion on a deal that expires at the end of the current football season.

A statement from the club said: "Experienced goalkeeper Ali Al-Habsi has joined us on a deal which runs until the end of the 2019/20 season. Welcome, Ali Al Habsi!"
WBA will be Ali Al Habsi's fifth club in England, having previously played for Reading, Bolton Wanderers, Wigan Athletic, Brighton and Hove Albion. Ali was recently released by Saudi Arabian club Al Hilal and joins West Brom as a free agent.

Commenting on his move, the Oman international said, “’I’m absolutely delighted to have joined WBA for the season. It was always an ambition of mine to come back and play in England. I can’t wait to get started and I’ll give my all for this club.”

In his first interview with West Brom following his transfer to the club, Al Habsi said, “I’ve spent 12 years in English football and when the chance to come here and finish my career in England in a nice way came around, I had no doubts.

He added: “I want to help the team and help the keepers – I know the target of the Club is to go back into the Premier League and I want to be part of that. It would be brilliant for me. What I’ve seen so far is really, really good. I’m still fit and I’m looking forward to this competition. I’ve been involved for a long, long time in English football. This is the country of football.”

Al Habsi’s return to England comes after a week-long training stint with the club, where he worked to impress WBA boss Slaven Bilic, who previously worked at Premier League club West Ham United.

“Everybody in Oman will be very, very happy that I have this chance to finish my career here in England,” he said. “They have been contacting me all the time to find out what was happening.”

In this context, goalkeeping coach Gary Walsh told the club’s website, “We were really keen for Ali to come over. He’s played in Saudi for the last two years, which is a good standard, and I knew the way he lives his life and the way he trains that he was in top condition. He’s 37 but he’s not, if you see what I mean.

He added: “His last two years in the Championship at Reading he was voted Player of the Year each time and the manager saw him play against him in Saudi last season.”