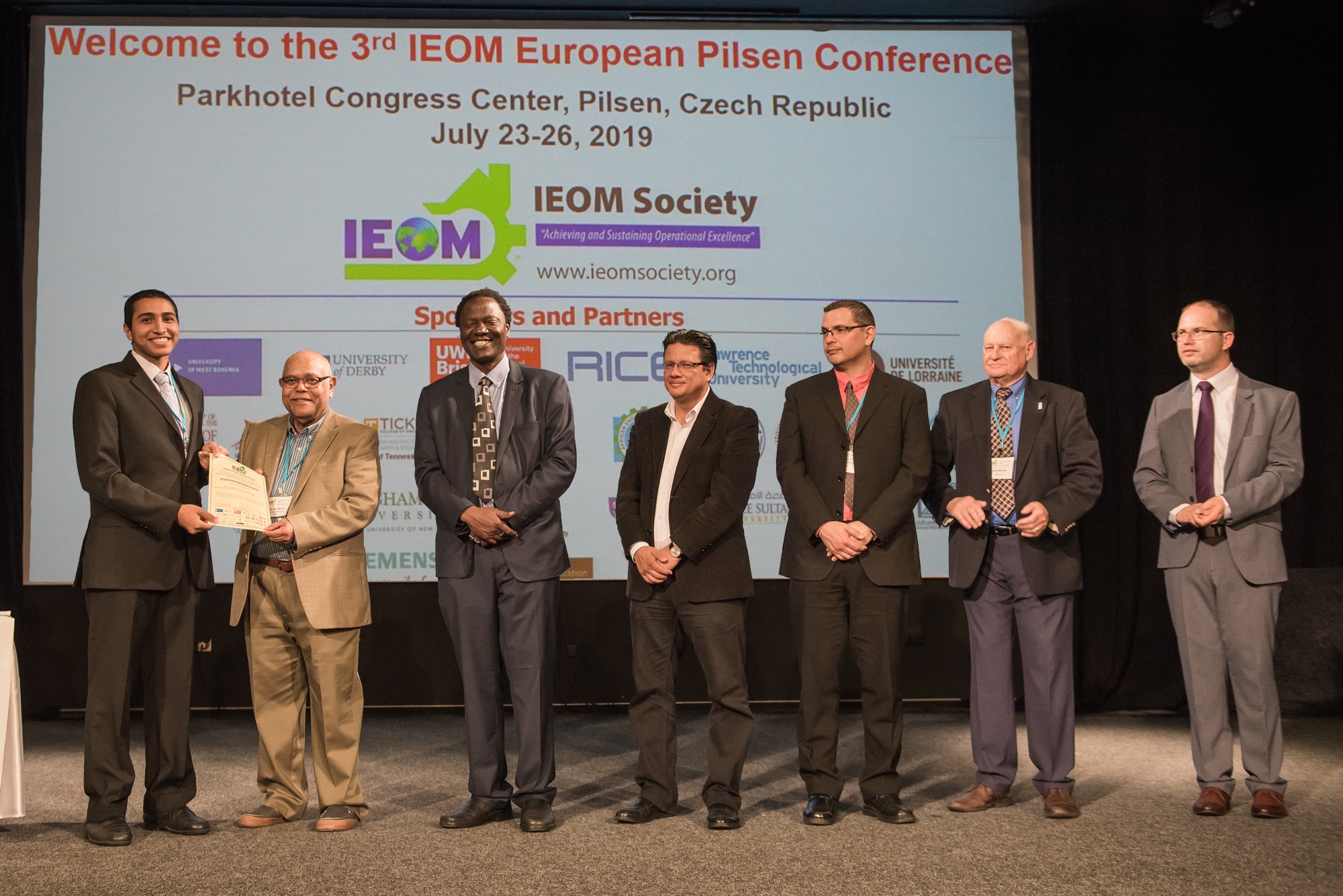 Muscat: A student from Sultan Qaboos University has received an award for his design of a 3D printer and its fabrication in the university campus.

The conference’s theme was: ‘Industrial Engineering and Operations Management for Industry 4.0’, and about 320 papers and abstracts were accepted from more than 500 submissions, representing more than 50 countries.

This unique international conference provides a platform for academics, researchers and scientists to exchange ideas to bridge the gap between the Industrial Engineering and Operations Management theory and its application to solve the most current problems and challenges faced by organisations in the 21st Century.

Amer presented a research paper that he co-wrote with Mohamad Tasneem, during the conference.

This research elucidated the designing, fabrication and testing of a 3D printer. His session started with a discussion about the field of 3D printing and a demonstration of its currently significant importance in many different fields and industries.

The research shed a light on an array of topics including the process of designing, fabricating and testing of a 3D printer at the MIE department at SQU, and how the design process began, from the very beginning until he ended up with an innovative design for a 3D printer that had some unique features which caused it to have great printing accuracy and relatively high capability to compete with other products in this field.

Finally, the results were discussed and Amer discussed the future plans to develop this printer.

Amer has presented a poster which has the same title as his research. The poster also aimed to discuss and highlight some other aspects of the project that were not covered in the research such as the most significant challenges that were encountered in this project and how they were solved.

Both, the research and poster presentations, were highly appreciated by the conference attendees.

The team that worked in the final year project based on which the research and the poster were later developed, consisted of Gamal Talal Amer, Ahmed Khamis Al-Nadabi, Mohamad Hasan Tasneem, and Said Ali Al-Wadhahi, who were supervised by professor Tasneem Pervez.