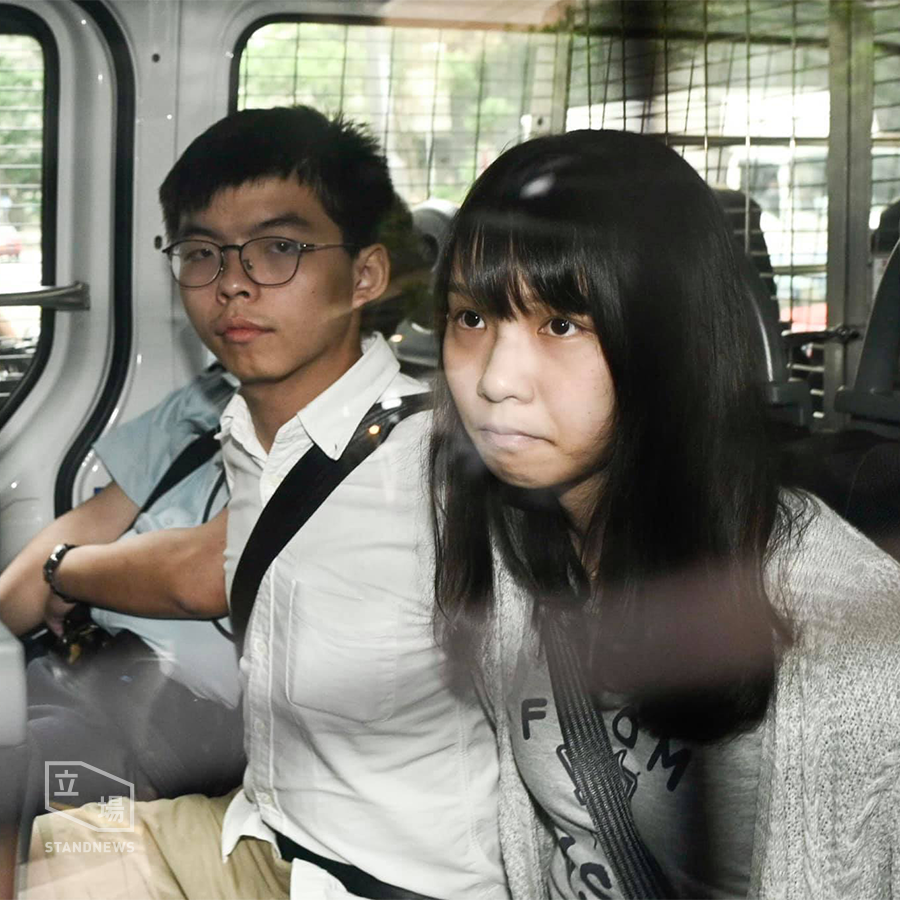 Hong Kong: A number of prominent pro-democracy activists and lawmakers have been arrested by police in Hong Kong.

Joshua Wong and Agnes Chow, from the Demosisto party, were arrested and charged on Friday, while party chairman Ivan Lam, who is not currently in Hong Kong, was charged in his absence.

It comes after a mass march, scheduled for Saturday, was banned by officials and called off by organisers.

If demonstrations went ahead, it would mark the 13th consecutive weekend of protests in Hong Kong.

The movement started as rallies against a controversial extradition bill - now suspended - which would have allowed criminal suspects to be sent to mainland China for trial.

They have since expanded in scope, becoming a broader pro-democracy movement in which clashes have grown more violent.

At least three activists and three lawmakers were detained during the 24-hour police crackdown.

The Demosisto party said Wong, 23, was "suddenly pushed into a private car on the street" while walking to a train station at around 07.30 (local time).

Wong tweeted on Friday to say their "fundamental rights" were being "eroded”.

The 23-year-old first rose to prominence as the poster boy of a protest movement that swept Hong Kong in 2014.

Andy Chan, founder of the Hong Kong National Party which campaigns for the territory's independence, also said he was detained on Thursday night while trying to board a flight from Hong Kong airport.

"We expect the authorities in Hong Kong to respect the freedom of assembly, expression and association as well as the right of people to demonstrate peacefully," she said.

About 900 people have been arrested since the demonstrations began in June.

In almost three months of increasingly violent clashes, hundreds have already been detained, but the latest, high-profile arrests are being seen as much more political in nature.

At a press conference, the police insisted they were following the law, with commander Kwok Pak Chung making it clear there might be further arrests.

With unconfirmed reports that Beijing has turned down a request by Hong Kong's chief executive to formally scrap the controversial extradition bill that first sparked the protests, the authorities are toughening their message.

That may dissuade some protesters, but past experience suggests others are likely to be enraged even further.