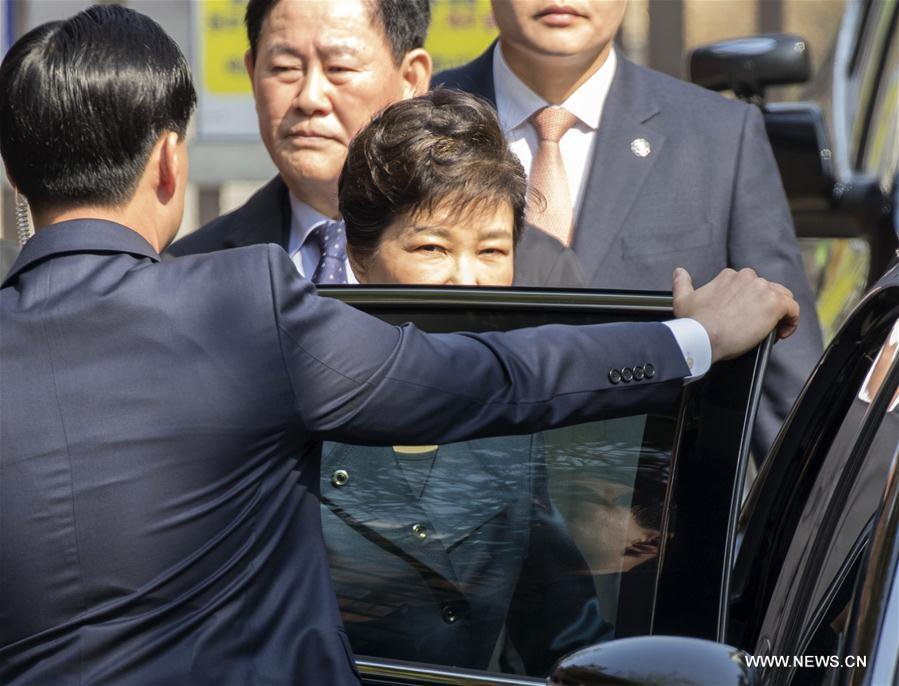 The court said separate verdicts should have been reached on the bribery allegations against her and sent the case back to a lower court.

Park was convicted in 2018 of bribery and abuse of power and given 25 years.

The Supreme Court also ordered a retrial for Samsung heir Lee Jae-yong on bribery charges in the same scandal.

It said three horses worth $2.8 million given by Samsung to then-president Park's friend's daughter should also have been considered as bribes.

Lee was jailed for five years in 2017 but freed the following year after an appeals court suspended the sentence.

South Korean media said she could ultimately face an even longer jail sentence if she is convicted again in two separate verdicts, according to reports.

In April 2018 she was convicted of receiving or asking for more than $20 million from conglomerates.

Her trial brought to light the longstanding close ties between South Korea's political elite and the chaebols, or family-run conglomerates, which dominate its economy.

The Supreme Court said the Seoul High Court's interpretation of what constituted a bribe had been too narrow and the three horses should also have been taken into consideration.

They were donated for Park's confidante Choi Soon-sil's daughter to use in equestrian training. Samsung also paid Choi millions of dollars, allegedly for government favours.

Choi was jailed for 20 years for corruption, influence-peddling and abuse of power.

In 2018 the Seoul High Court cut Lee's sentence by half and suspended it for four years.

Supreme Court Chief Justice Kim Myeong-su said that decision "misunderstood the law on bribery... which is at fault for influencing the ruling”.

In a statement, Samsung said that it "deeply regrets that this case has created concerns across the society”.

"We will renew our commitment to carrying out the role of a responsible corporate citizen and will avoid a recurrence of past mistakes," it said.