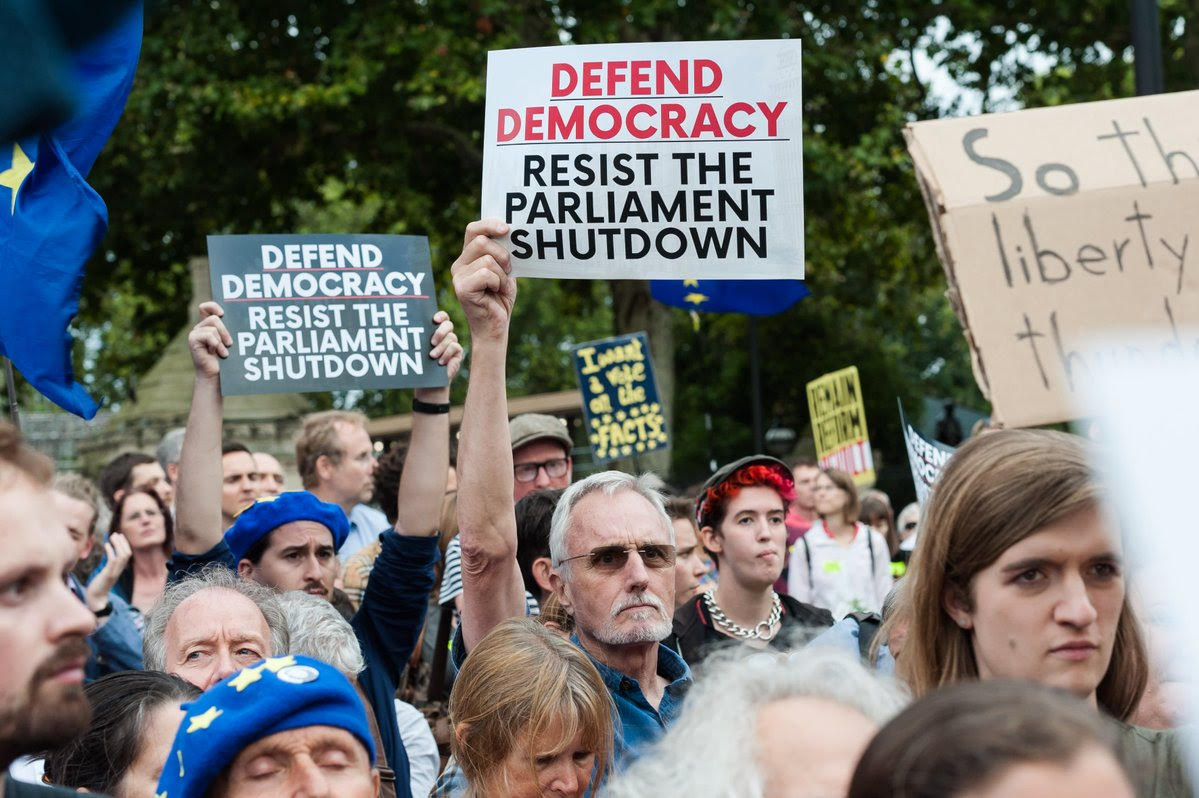 London: British prime minister Boris Johnson's decision to suspend Parliament has prompted an angry backlash from MPs and opponents of a no-deal Brexit.

It sparked protests across the country, a legal challenge and a petition with more than a million signatures.

The government said the five-week suspension in September and October will still allow time to debate Brexit.

Commons leader Jacob Rees-Mogg said the outrage was "phoney", and that the move was "constitutional and proper”.

"The candyfloss of outrage we've had over the last 24 hours, which I think is almost entirely confected, is from people who never wanted to leave the European Union," he told reporters.

"This is the greatest period of anger for them, or of confected anger, because after 31 October we will have left," he added.

Cabinet minister Michael Gove added the suspension, which was approved by the Queen on Wednesday, was "certainly not" a political move to obstruct opposition to the UK leaving the EU without a deal.

But Ruth Fox - director of parliamentary experts the Hansard Society - said this prorogation was "significantly longer than we would normally have" for the purpose of starting a new parliamentary session.

Fox said that, depending on the day the suspension began - and on whether MPs would have voted to have a party conference recess at all - the prorogation could "potentially halve" the number of days MPs have to scrutinise the government's Brexit position.

On Wednesday, Johnson said a Queen's Speech would take place after the suspension, on 14 October, to outline his "very exciting agenda”.

He said he did not want to wait until after Brexit "before getting on with our plans to take this country forward”.

Rees-Mogg, who was at the meeting with the Queen, said this Parliamentary session had been one of the longest in almost 400 years, so it was right to suspend it and start a new session.

In an op-ed, he said the only "constitutional crisis" was being caused by those who opposed the decision of the 2016 referendum.

MPs voted by 498 votes to 114 to leave the EU by triggering Article 50 in February 2017. That began the countdown to the UK's departure, which is now just over two months away.

Labour leader Jeremy Corbyn described Johnson's move as "a smash-and-grab on our democracy" in order to force through no-deal by leaving MPs without enough time to pass laws in Parliament. He pledged to try to stop the suspension.

And anti-Brexit campaigner Gina Miller - who previously won a legal battle against ministers over Article 50 - has made a judicial review application to the courts about Johnson's decision.

The prime minister says he wants to leave the EU at the end of October with a deal, but is willing to leave without one rather than miss the deadline.