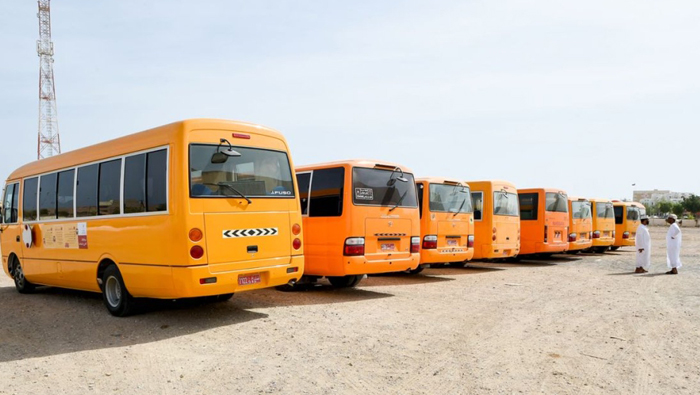 Muscat: Parents and drivers are requested not collect or drop off students on roads in front of schools, the Royal Oman Police has announced.
According to police officials, there are designated parking lots for parents and drivers to collect and drop-off children at schools.
The Assistant Director at the General Directorate of Traffic at ROP, Colonel Ali bin Sulaim Al Falahi, said: “ROP along with the Ministry of Education are always mindful about the safety of students and about transporting them smoothly.”
He added: “We are calling on the school buses drivers to be cautious while transporting students. They have to make sure that there is no student remaining on the bus after they have completed their route, to avoid suffocation cases that has taken place many times before.”
The Colonel also said that parents and drivers should use the designated parking lots for students at schools, instead of collecting and dropping them off randomly on the roads, which can lead to massive traffic snarls as well as the occurrence of several unfortunate accidents.
“The Traffic Law stresses the importance of students’ safety and deals strictly with those who are violating the speed limits near schools. All motorists are requested to abide by traffic rules,” he further said.