Travel Oman: Go on a dolphin watching tour in Muscat 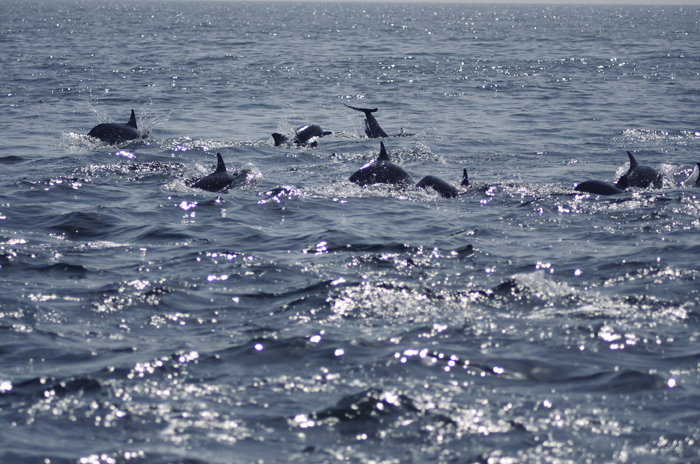 One of the most intelligent animals known to man, dolphins, are found in schools in the nutrient-rich waters off the coast of Oman. Regular tours are organised by operators in Oman to take locals and foreign nationals alike to see these highly social mammals frolicking in the water. Some companies also organise ways for you to swim with the dolphins and feed them as well, but the most common method of experiencing the glory of these noble creatures,is from a boat. Several places in Oman are known for their dolphin habitats. The capital, Muscat, is of course known for dolphin watching, but other areas like the Dimaniyat and Masirah Islands are also popular, as both are great places from which you can spot dolphins, as is Musannah, which is roughly halfway between Muscat and Sohar.
**media[1052865]**
What to see
While their trademark leap through the air — which is only made all the more memorable when the sun’s rays bounce off them — is one of the main attractions of the dolphin, just being beside them and seeing them interact with each other is also a great learning experience.Glass-bottomed varieties have increasingly come into use, so that people have a different perspective of the place that the dolphin calls home. Marina Bandar Al Rowdah and Bandar Al Khiran are two of the more popular areas in Muscat from where one can watch these dolphins.
**media[1052866]**
Best time for tours
The best time to go is between the months of September and April, when the weather is a lot milder, as the hot sun might make people uncomfortable during the summer months. Tours do not usually operate after sunset, because it is seemingly impossible to see them in the absence of light. For tourists and travellers, it is best to book tours in advance.