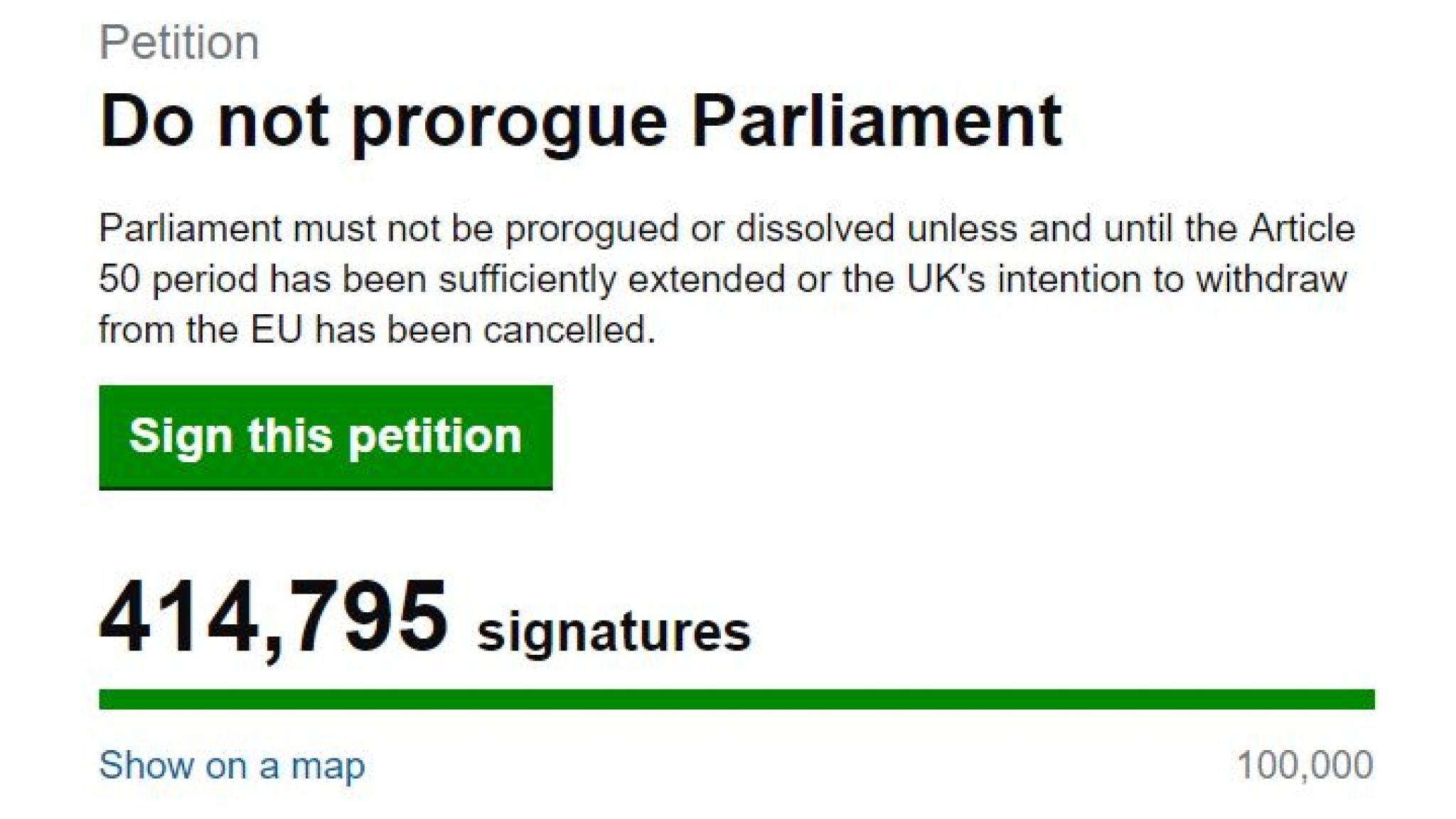 London: Hours after Queen Elizabeth II approved the order for proroguing the British parliament ahead of the crucial Brexit vote, MPs backing the stance that Britain remain in the UK are urging voters to sign a petition demanding parliament not be suspended until Brexit has been delayed or cancelled.

The petition has attracted signatures at a rate of about 1,000 per minute after United Kingdom Prime Minister Boris Johnson asked the Queen to prorogue parliament from the middle of next month.

It had less than 12,000 signatures five hours earlier, before the prime minister confirmed he had asked the Queen to temporarily suspend parliament for five weeks until 14 October.

Johnson denied the action is designed to squeeze the time MPs have to block a no-deal Brexit but opponents accused him of "trashing the constitution" in order to push through his plans.

The petition reads: "Parliament must not be prorogued or dissolved unless and until the Article 50 period has been sufficiently extended or the UK's intention to withdraw from the EU has been cancelled."

Liberal Democrat and Labour MPs, as well as the Green Party and Women's Equality Party, were among those to call on people to add their names to the petition.

After it reached more than 93,000 signatures, the Independent Group for Change noted that more people had supported it than the number of Conservative members who voted for Johnson to become party leader. Under the rules of parliamentary petitions, the government responds to all petitions that get more than 10,000 signatures.

Parliament also considers all petitions that get more than 100,000 signatures for a debate among MPs.

However, noting the result of the EU referendum in 2016, Brexiteers suggested signatories should "let us know when it gets to over 17.4 million”.