Oman will host Middle East's most popular regatta in February 2020 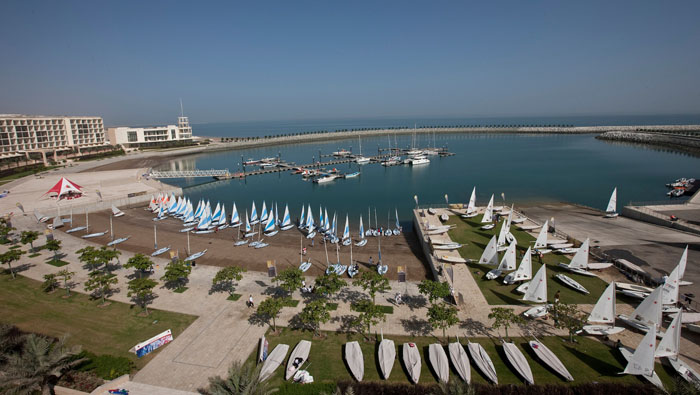 Muscat: The 10th edition of the Middle East’s largest and most popular international youth sailing event will be held in Oman in February next year, organisers at Oman Sail have announced.

Mussanah Race Week will again take advantage of world-class facilities at the Mussanah Sports City venue, with the regatta running from February 24th to March 1st. Registration to secure sought-after places at the event opened last Wednesday on August 21st.

Young international sailors will race in Optimist, Laser 4.7, Laser Radial and Techno 293 windsurfing classes. In addition, the 2020 event will also incorporate the Techno Asian Championships with sailors competing in the T293 and T293 Plus classes.

“Over the past decade Mussanah Race Week has offered a great platform for young sailors from Oman, the region and increasingly from around the world to come together and learn and compete in a friendly environment,” said Rashid Al Kindi, Oman Sail’s National Team Manager.

“Oman Sail has great experience of running events like this, and 95% of the race management team are Omanis, so we are delighted to also be hosting the Techno Asian Championships within the regatta,” he added.

Mussanah Race Week will see four days of racing following three days of coaching and practice races, with training in each of the classes provided by world-class professional racing sailors.

“This year’s regatta attracted 125 sailors from a total of 21 countries, all of whom were able to benefit from the great facilities at Mussanah Sports City and the expert on-the-water tuition. Next year’s event will continue this successful development, with all the sailors able to put their skills and talent to the test with the full support of an expert team,” he added.