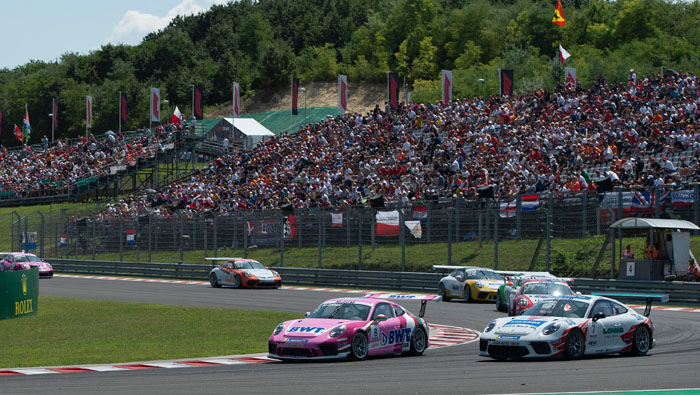 Spa: Oman’s Al-Faisal Al-Zubair returns to 2019 Porsche Mobil 1 Super Cup action after the summer break when he aims to continue his run of consistent top finishes at the notoriously demanding Spa-Francorchamps circuit in Belgium this weekend.

The BWT Lechner Racing Team driver currently holds 10th in the Drivers’ Championship. Speaking in advance of race weekend, the Omani - who finished 14th at Spa in 2018 - said: “I am very excited for the race. I think it will be a good race and the plan is to obviously end on a good note.”

Al-Zubair’s two BWT Lechner Racing Team colleagues Julien Andlauer and Michael Ammermüller are locked in a fascinating two-way tussle for the title at this stage of the season.

The Frenchman holds a single point advantage over the German heading into the remaining four races, with Larry Ten Voorde 23 points adrift in third and Ayhancan Güven and Florian Latorre rounding off the top five.

The training session on Friday will be crucial for drivers wishing to challenge for pole position on Saturday. Unlike many other race circuits, the Spa track offers natural gradients, fast sections through woodland and incorporates the famed steep uphill section into Eau-Rouge/Raidillon. The circuit is situated in the municipality of Stavelot in the forests of Ardennes.

Thomas Preining dominated proceedings in 2018, the Austrian driver setting the lap record of 2min 24.935sec on a weekend where he also claimed pole position and the race win. That fastest lap eclipsed the five-year record of 2min 25.342sec that had been set by Polish driver Kuba Giermaziak.

The practice session fires into life from 18.45hrs on Friday evening (August 30) and precedes Saturday’s 30-minute qualifying session, starting at 10.45hrs. The seventh round of the Porsche Mobil 1 Super Cup is scheduled for 12.05hrs on Sunday on the longest track in the race calendar at 7.004km.