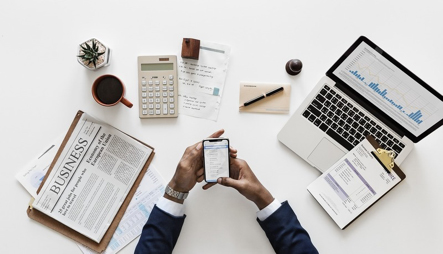 Traders are continuing to short the dollar despite the indications of a rapprochement between the United States and China in their trade dispute. This conflict over trade has had protracted consequences for economies and traders worldwide, but investors now appear to have settled into a pattern of betting against the US dollar. The Federal Reserve’s commitment to cutting interest rates should see the value of the dollar continue to fall, which will have positive ramifications for emerging economies.

Growing economies in South-Eastern Europe could be able to reap the benefits of the dollar’s decline. Bulgaria has enjoyed a prosperous period in recent years, ranking 5th among 28 EU member states for economic growth in the first quarter of 2019. This figure of 1.2 per cent growth surpassed the predicted figure of 1.1 per cent, which highlights that Bulgaria is an emerging economy robust enough to capitalise on the falling dollar.

Just as traders will be tracking the progress of emerging economies like Bulgaria, they will also be closely observing developments in the US-China trade conflict. The continued growth of the internet means that a trader on a different continent can now feasibly monitor situations in Bulgaria, the US or China. The DIY revolution now allows more casual traders to track their portfolio via their smartphone on the move, with trading no longer the exclusive pursuit of those with specialist training and the ability to work the markets full time.

Whether an aspiring rookie trader or a veteran of the markets, remaining apprised of current affairs across the world is imperative. According to an article on a day in the life on a trader published on DailyFX, most traders start their morning by catching up on the news events from the previous day, which can help them observe and analyse market reactions and macro trends. This has become even more significant at a time when the world’s two largest economies are embroiled in a trade battle.

Fluctuations in the business relationship between the US and China have kept traders on the edge in recent months, but the dollar’s expected decline now provides a certain degree of stability to markets. Once the US-China trade dispute has been fully resolved, the Fed is expected to follow through on interest rate cuts and send the dollar falling even further.

The dollar has so far weakened by approximately 2 per cent from its 2019 peak in May, a dramatic fall that further reinforces the value of traders continually tracking global news. The decline of the dollar should allow emerging economies to gain ground on the American currency. While the US economy may struggle in the short term, growing markets like Bulgaria could benefit from the Fed’s dovish position.

Bulgaria’s sustainable currency peg to the euro not only reinforces its macroeconomic stability, it also reduces currency risk. Growth in imports and exports, by 1.5 per cent and 1.9 per cent respectively in Q1 of 2019, also means that Bulgaria could be in a strong position to flourish from the knock-on effect on the global economy of the dollar’s decline.

Markets experts are forecasting that the dollar’s weakness will become a recurring theme in economic news in the months ahead, although traders will be keenly following any further developments in the US-China trade dispute to adjust their strategy accordingly. For the foreseeable future, it appears as if currency traders will continue to adopt short positions on the dollar. In the longer term, this fall of the dollar could provide indirect benefits to economies in South-Eastern Europe such as Bulgaria.