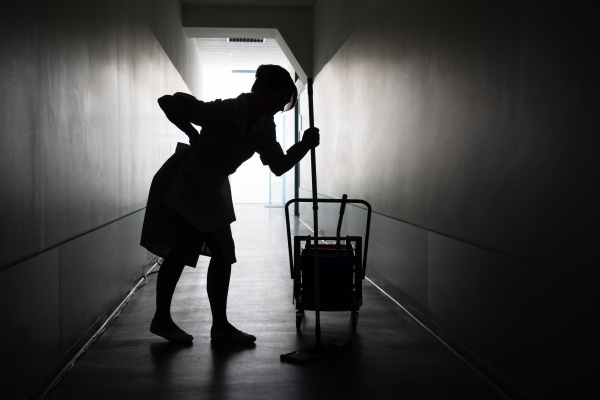 Muscat: Oman’s National Human Rights Commission (OHRC) has refuted the claims of abuse by a female domestic worker at the hands of an Omani family.

According to the commission, the expat domestic worker had not been abused in any form and all the allegations are baseless.

In a statement, the commission said: “The Oman Human Rights Commission followed the case of African domestic worker after receiving a letter from the International Trade Union Confederation that the domestic worker was abused by an Omani family for whom she works and that she desires to go back home.”

The employer clarified that the domestic worker was not being abused and stressed on the fact that the allegations were baseless.

They also said that the domestic worker’s claims stem from her concern for her family and her desire to leave the job so she decided to fabricate problems to leave her job and look for another job which will be in violation of their contract and the local labor legislations or otherwise return back to their home country.”

In addition to talking to the concerned parties, the Commission also talked with the National Human Trafficking Committee (NHTC), which is supervised by the Omani Ministry of Foreign Affairs.

The Committee, in turn, immediately sent a team to the domestic worker's residence and conducted an investigation, the commission’s statement revealed.

It was then concluded that all of the worker's allegations were groundless and incorrect, and were an attempt to leave her employer and look for another job, in violation of the applicable law.

The commission also explained that the NHTC took the domestic worker to an accredited health center for medical examinations.

It was revealed in the examinations that the domestic worker had not been subjected to any kind of physical abuse.

In cooperation with Ministry of Manpower and the Royal Oman Police, the worker has been provided with safe accommodation, all required necessities, and have paid off all her outstanding dues to ensure her safe return to her home country.

“The Sultanate of Oman exerts tremendous efforts to enhance labor rights through the state's basic statute, labor law and ministerial resolutions, and by joining and ratifying several relevant conventions and protocols in this regard. Among the most important conventions ratified by the Sultanate are as follows: Convention (105) regarding the abolition of forced labour, Convention (29) of the International Labor Organisation regarding the forced labour and the he International Convention on the Elimination of All Forms of Discrimination,” it added.

The Sultanate signed a memorandum of understanding with the International Labor Organisation in 2011, which memorandum was renewed in 2014 and 2017 respectively in order to enhance the social protection as per the international labor standards.