Purdue Pharma 'offers up to $12 billion' to settle opioid cases 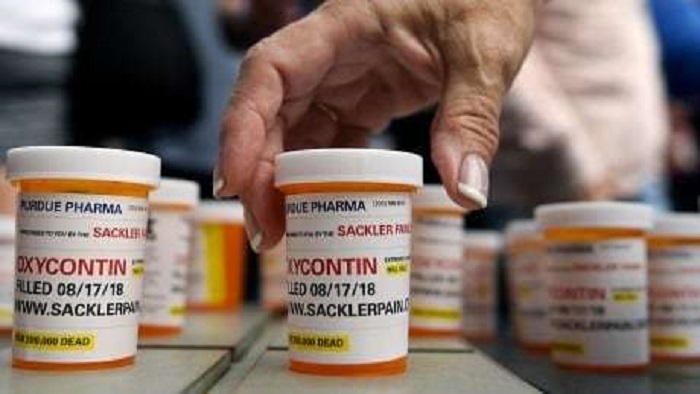 Washington: Purdue Pharma, the opioid drug-maker owned by the billionaire Sackler family, is reported to be offering between $10 billion and $12 billion to settle thousands of lawsuits against it.

The firm is facing over 2,000 lawsuits linked to its painkiller OxyContin.

Purdue told a leading British news organisation that it was "actively working" towards a "global resolution" but would not comment on the amount.

An American news outlet, which first reported the news, said the settlement would involve the Sacklers giving up ownership of Purdue.

The firm said in a statement: "While Purdue Pharma is prepared to defend itself vigorously in the opioid litigation, the company has made clear that it sees little good coming from years of wasteful litigation and appeals.

"Purdue believes a constructive global resolution is the best path forward, and the company is actively working with the state attorneys general and other plaintiffs to achieve this outcome,”according to a news agency, there is currently no agreement and the settlement discussions could collapse.

What is the opioid crisis?

Opioids are a group of drugs that range from codeine, to illegal drugs like heroin.

Prescription opioids are primarily used for pain relief. They can be highly addictive.

On average, 130 Americans die from an opioid overdose every day, according to the US Center for Disease Control and Prevention.

Purdue is one of 22 opioid makers, distributors and pharmacies named in over 2,000 cases which are due to go to trial in October.

The cases, which have been brought by states, cities and counties, allege the company used deceptive practices to sell opioids and is responsible for fuelling an opioid addiction crisis in the US.