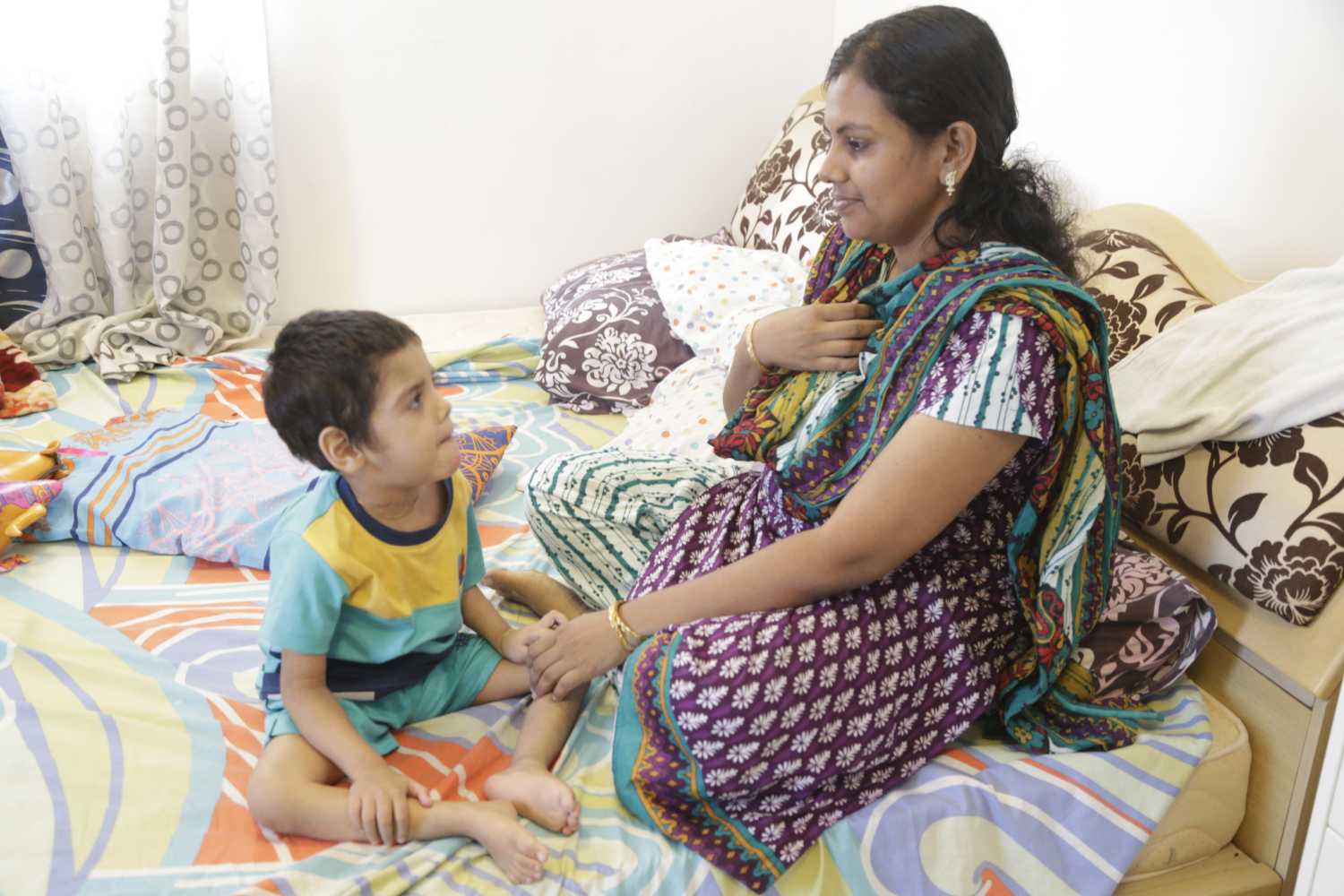 Muscat: Two years back in May, Niketh Nandan, a three-year-old Indian boy in Muscat, was suffering from an inborn error of metabolism, developmental delay and was on a nasogastric tube feeding.
The only way to save Niketh Nandan was to have a liver transplantation, which his mother was ready to donate but the money required for procedure was a big hurdle. However, on May 17, when Times of Oman reported the condition of Niketh, kind-hearted readers responded positively and the money was raised.
Now, after two years completing his treatment Niketh and his mother is back in Muscat without the nasogastric tube and any health issues.
“He is quite playful. We thought that we would lose him. Thanks to Times of Oman and the good Samaritans who came forward to help us,” Nanda Kumar MK, the father said.
“Niketh used to cry always with pain as he faced difficulty in having food through tube. In addition to that developmental delay also troubled him a lot. Many a times, we failed to understand what he needed. Now, he smiles at us, speaks a few words and understands many a things in much a better way,” Nanda Kumar added.
Suma Nandan, mother of Niketh, said that if their son is safe, then it is due to those who came forward and helped them generously after reading the news report. “For three years, I suffered a lot. I quit my job, discontinued my elder child’s studies and even planned to go back to India. But, the story on my son in the Times changed everything,” Suma said.
Niketh needed 24-hour attention and his medicines were costing the parents more than OMR150 per month.
The couple had lost an infant in the past when he was three months old due to a similar genetic disorder in 2010. Other than the ailing child, they have a smart girl child who was studying in Class 4 in the Indian School Darsait.