Calls to insure homes as electrical fires rise in Oman 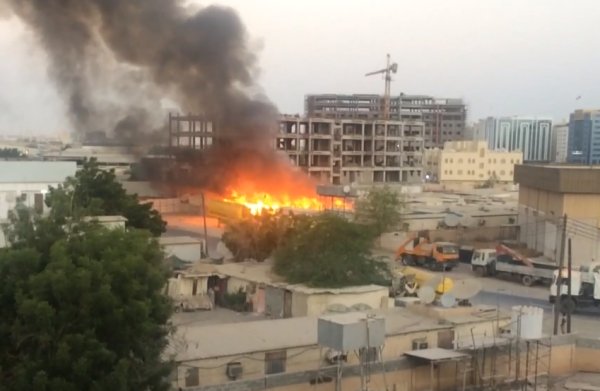 Muscat: As temperatures rise, running air conditioners on full blast all day is a common occurrence in the Sultanate, leading to a high risk of triggering electrical fires as heat builds up.
Read here: Oman firefighters try to put out Sohar farm blaze
Electrical fires in commercial and residential buildings are common in Oman and insurance companies strongly recommend that people get their personal properties insured.
According to the Public Authority for Civil Defence and Ambulance, there were a total of 3,520 fire cases in the Sultanate but not all claims were brought to the insurance companies.
“Not all claims come to the insurance industry because most homes are not insured,” said Philip K. Philip, Group CEO of Muscat Insurance Company and Muscat Life Assurance.
Get your essential daily briefing delivered direct to your email inbox with our e-newsletter
He said in the past decade, there has been one major claim of fire every year which typically costs over OMR500,000.
“We strongly recommend and advise the citizens and residents to get insured their personal properties as this is their hard earned money. It does not cost more than OMR20-OMR 30 depending on the size of their assets,” said Philip.
Mark Pudwell, a safety expert, said the use of substandard materials as well as improper use and overloading of the electrical gadgets or cables are the most common causes of fire in the Sultanate.
“Indications of an electrical fire include electrical failure of equipment or the pungent smell as wiring sheaths begin to melt due to heat caused by poor earthing or overloading,” Pudwell said as he explained how to detect electrical failures.
Despite the fact that most commercial and residential buildings in Oman are constructed with concrete, fire can happen anywhere.
Pudwell explained, “In spite of the fact that most residential and commercial properties are constructed from concrete, the radiant and conducted heat produced by electrical fires can cause adjacent flammable materials to ignite.”
“These include soft furnishings, office supplies such as paper and the plastic casings of other electrical equipment,” he added.
Adding words of advice to reduce the risk of electrical or short circuit fires, Pudwell said, “Electrical fires can be easily mitigated by not overloading sockets, keeping all soft furnishings and office supplies away from electrical sockets, avoiding the use of long extension leads especially those that run under carpets and regular maintenance of existing systems."
Calling upon qualified electricians for repairs is also a necessity, even though some people take matters in their own hands, something that may lead to worse consequences.