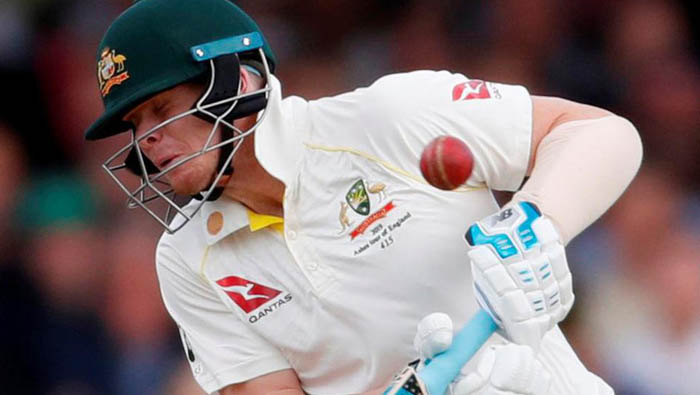 Headingley: Australia batting mainstay Steve Smith has been ruled out of the third Ashes Test at Headingley as he continues his recovery from concussion sustained during the previous Test.

The Australia batsman suffered a delayed concussion in the second Test between England and Australia at Lord’s last week, having been struck on the neck by a Jofra Archer delivery.

Smith was forced to retire hurt while unbeaten on 80 in Australia’s first innings on day four, but later returned to the crease having been cleared by medical staff. He was eventually dismissed for 92. It was his lowest score of the series, following on from the two centuries he hit at Edgbaston in the first Test.

The following morning, Smith woke up with a headache and was replaced by Marnus Labuschagne, marking the first instance of a concussion substitution in international cricket.

Labuschagne impressed in his maiden Ashes innings, recovering from a blow to the helmet from Archer early in his innings to go on and hit 59. Cricket Australia stated after Smith was ruled out of the remainder of the Lord's Test that "the short turnaround to the next Test is not in his favour".