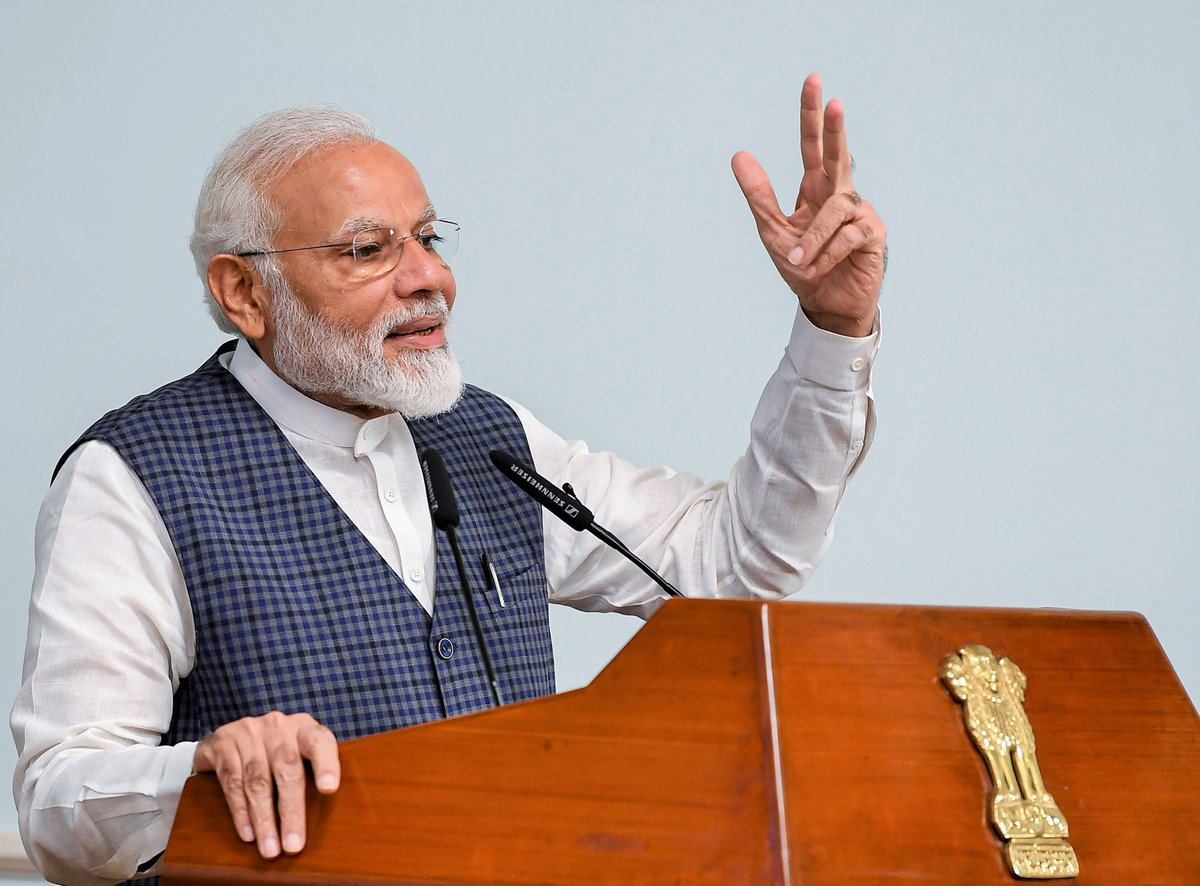 New Delhi: Indian Prime Minister Narendra Modi will pay a visit to the Gulf Cooperation Council region from 23 to 25 August, the country’s Ministry of External Affairs has said.

During his time in the Middle East, Modi will first visit the United Arab Emirates on 23 August, before then travelling to Bahrain a day later.

Describing his visit to the region, TS Tirumurthi, the Ministry of External Affairs’ Secretary of Economic Relations, said, “The Prime Minister will be travelling to the UAE and Bahrain between the 23rd and 25th of August. The Prime Minister is expected to arrive in the UAE on the 23rd of August, and official engagements are expected to be on 24th August in Abu Dhabi. There will be delegation-level talks with His Highness the Crown Prince of Abu Dhabi.

Tirumurthi went on to say: “Further, a commemorative stamp of Mahatma Gandhi will be launched, on the occasion of the 150th birth anniversary of Mahatma Gandhi, and arrangements for the launch of the RuPay card in the UAE will also be made. India’s bilateral relations with the UAE are multifaceted, and cover trade and investment, energy security, and the Indian community in the UAE. There is a large 3.3 million member Indian community in the United Arab Emirates.”

Following his visit to Abu Dhabi, Modi will then travel to Manama, the capital of Bahrain, where he will meet with Sheikh Hamad bin Issa Al Khalifa, the King of Bahrain.

“After his visit to the UAE, the Prime Minister will be paying a state visit to Bahrain, between the 24th and 25th of August 2019,” said Tirumurthi.

“His visit will be the first ever Indian Prime Minister’s visit to Bahrain, and the last high-level visit from Bahrain was by the King of Bahrain, Sheikh Hamad bin Issa Al Khalifa, in February 2014. The king was accompanied by a 130-strong business delegation. Besides signing various MoUs, the joint high commission was also established. The visit set up a roadmap for bilateral relations.