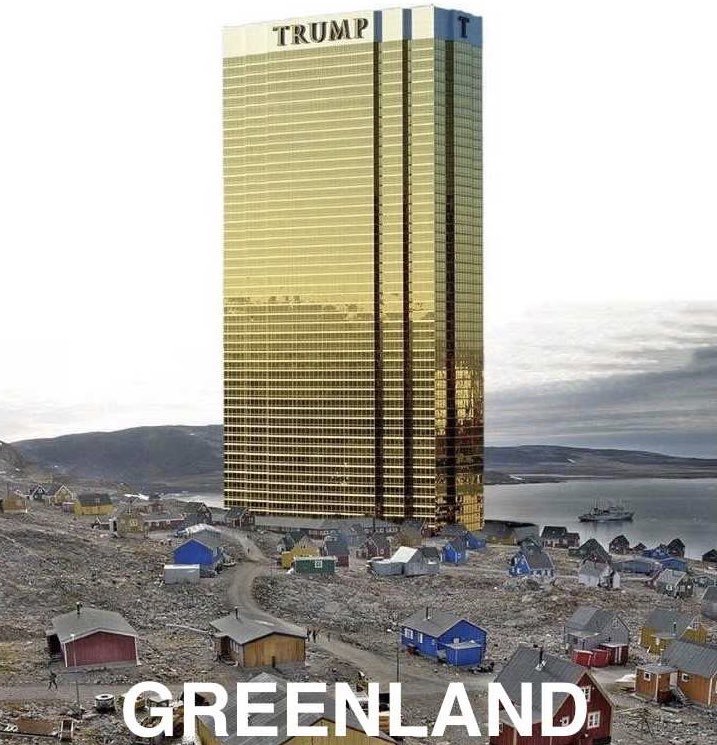 Muscat: Less than a week after US President Donald Trump generated furore globally over claims that his administration had a long-term plan to purchase Greenland as a ‘real-estate’ deal, he went one step further on Tuesday, drawing acerbic reactions to a tweet he posted from his account.

In the tweet, Trump posted a picture of a large ‘Trump Tower’ on a Greenland landscape, with the words, ‘I promise not to do this to Greenland!’

The tweet earned him severe criticism as well as praise from many of his supporters, for dealing with the controversy his earlier statements had generated. On Monday, Trump confirmed that he had been mulling over the idea of buying the island from Denmark as part of a large real estate deal. The fact was first confirmed by a senior White House aide on Sunday.

His statements prompted the Danish Prime Minister to respond that any idea of a sale was absurd. However, Trump, while speaking to reporters as he left New Jersey for Washington, said that the idea was not top on his list of priorities but was definitely an option.

He also termed the possible acquisition, if executed, as ‘strategically interesting’ and reasoned that the U.S. was ‘very good’ allies with Denmark.