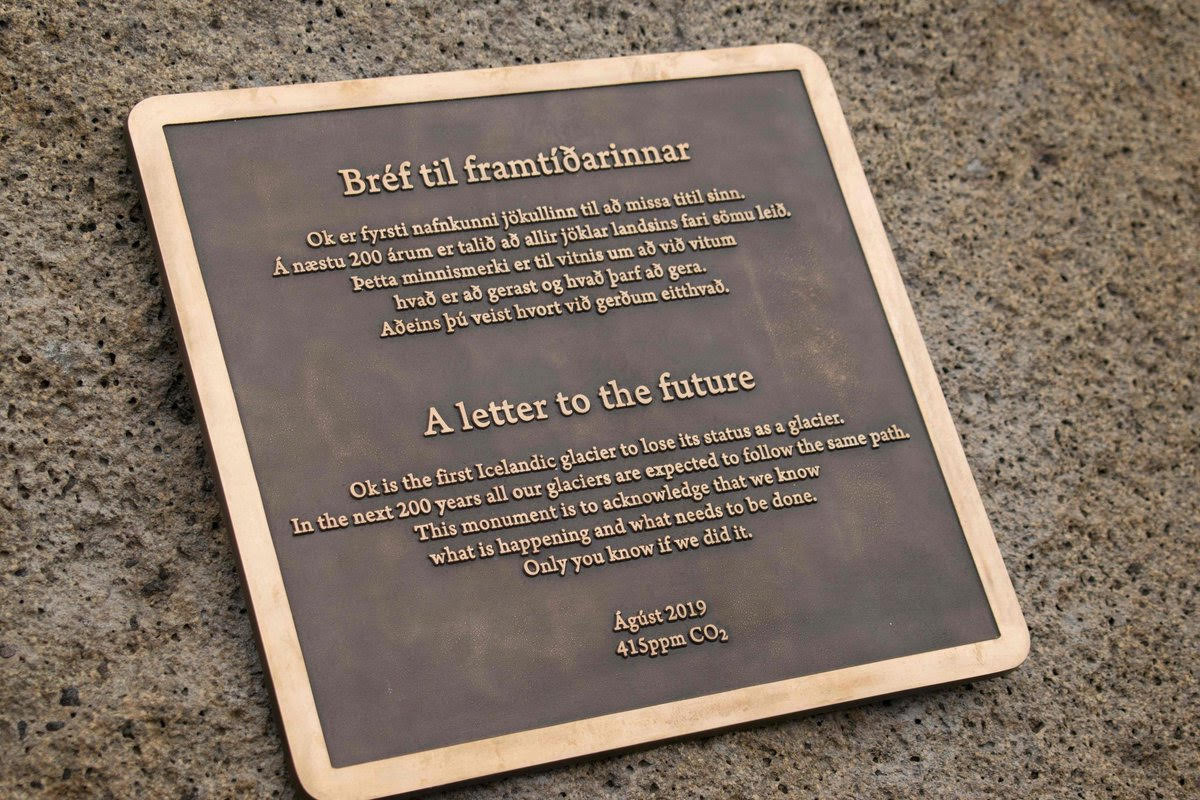 Ok Volcano: People of Iceland hiked for upto two hours to the top of the Ok volcano in west-central Iceland to bid farewell to the Okjokull or 'Ok glacier'.

With poetry, moments of silence and speeches, officials and activists in Iceland have bid goodbye to the country's first glacier lost to climate change.

About 100 people climbed for two hours on Sunday to the top of the volcano.

They installed a bronze memorial plaque there to serve as a tombstone for the glacier that used to stretch 16 square kilometres. Only a small patch of ice remains.

"We see the consequences of the climate crisis," Jakobsdottir said. "We have no time to lose.”

Robinson called for urgent efforts, saying: "The symbolic death of a glacier is a warning to us, and we need action.”

The memorial plaque itself bore a message, with the inscription "A letter to the future”.

"In the next 200 years all our glaciers are expected to follow the same path. This monument is to acknowledge that we know what is happening and what needs to be done. Only you know if we did it," the plaque read.

It was also labelled "415 ppm CO2" - a reference to the record level of carbon dioxide measured in the atmosphere in May.

Glaciologists stripped Okjokull of its glacier status in 2014. Scientists warn that some 400 others on the subarctic island risk the same fate.

The melted glacier was the subject of the 2018 documentary "Not Ok", produced by anthropologists Cymene Howe and Dominic Boyer of Rice University in the US state of Texas, who initiated the monument project.

"This will be the first monument to a glacier lost to climate change anywhere in the world," Howe said in a statement in July.

"By marking Ok's passing, we hope to draw attention to what is being lost as Earth’s glaciers expire. These bodies of ice are the largest freshwater reserves on the planet and frozen within them are histories of the atmosphere.”

The island loses about 11 billion tonnes of ice per year, and scientists fear all the country's glaciers will be gone by 2200.