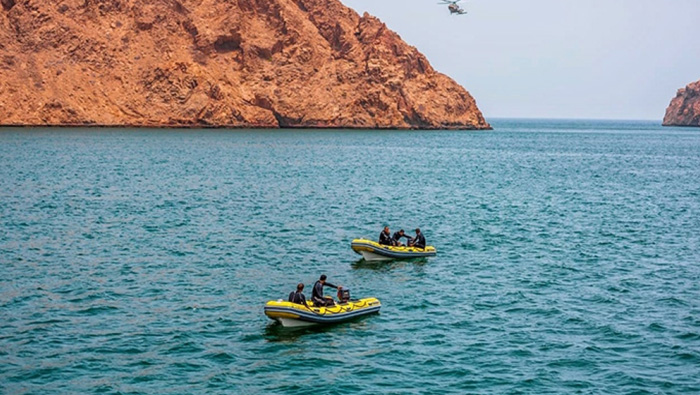 Muscat: Emergency services in Oman have asked people to stay away from the ocean when the weather is rough as they are risking their lives.
Oman’s Public Authority for Civil Defence and Ambulance issued these warnings after two people died in separate incidents during the recent Eid holidays in the country. In one case, a 21-year-old drowned after venturing out into the sea off Al Askhara in the Sharqiyah Governorate, while a 10-year-old boy died after getting into difficulties in a wadi in Nizwa.
PACDA officials told Times of Oman that there were seasons when people must avoid swimming off the coasts of the governorates of Dhofar and Sharqiyah.
“This is one of those periods when you shouldn’t risk going into the ocean. The locals know not to do this and the ocean does not look safe during this period. Not only is the current strong, but the beach gives way to underwater cliff, and so the current becomes dangerous and pulls you down,” they said.
“The authority calls on everyone to follow instructions in relation to swimming in the ocean and to get their information about the condition of the sea from official sources,” a PACDA statement read.
While Al Ashkhara is a beautiful tourist spot worthy of a visit, with long sprawling beaches and cool weather, visitors should relax on the beach instead of risking the currents.
Ali Al Sunaidi, a photographer from Al Ashkhara, told Times of Oman: “This is a very beautiful spot and I love taking pictures of it. However, this season brings wind and unusual currents that can grab you and pull you under, or multiple waves that come one after another, which doesn’t give you the time to catch your breath. It’s not about experience or you being able to swim well. Even locals don’t go into the ocean at this time of year. We try to warn the visitors and explain to them that it is too dangerous.”
A doctor in Oman told Times of Oman: “In this situation, it is also possible for the body to develop cramps, and this is even worse because now you are drowning and in pain, making it all the more difficult for you to get to safety. If, for example, your respiratory system and diaphragm begin cramping, it means you can’t breathe, and then you are almost certainly going to drown.”
Rough waters
A swim coach in the country also said it was dangerous to swim in rough waters, even for experienced swimmers.
“If you don’t know how to swim, don’t go in the water, even if your friends try to force you to get in, because at the end of the day, you are responsible for your life,” he explained.
“Parents should also keep an eye on their children when they play in the sea, because there is always a risk of drowning when you are in the ocean. The problem is that people underestimate the sea, and they think it is safe, just because it looks calm on the surface, but you must never forget that there is a strong current underneath and it is extremely dangerous”.