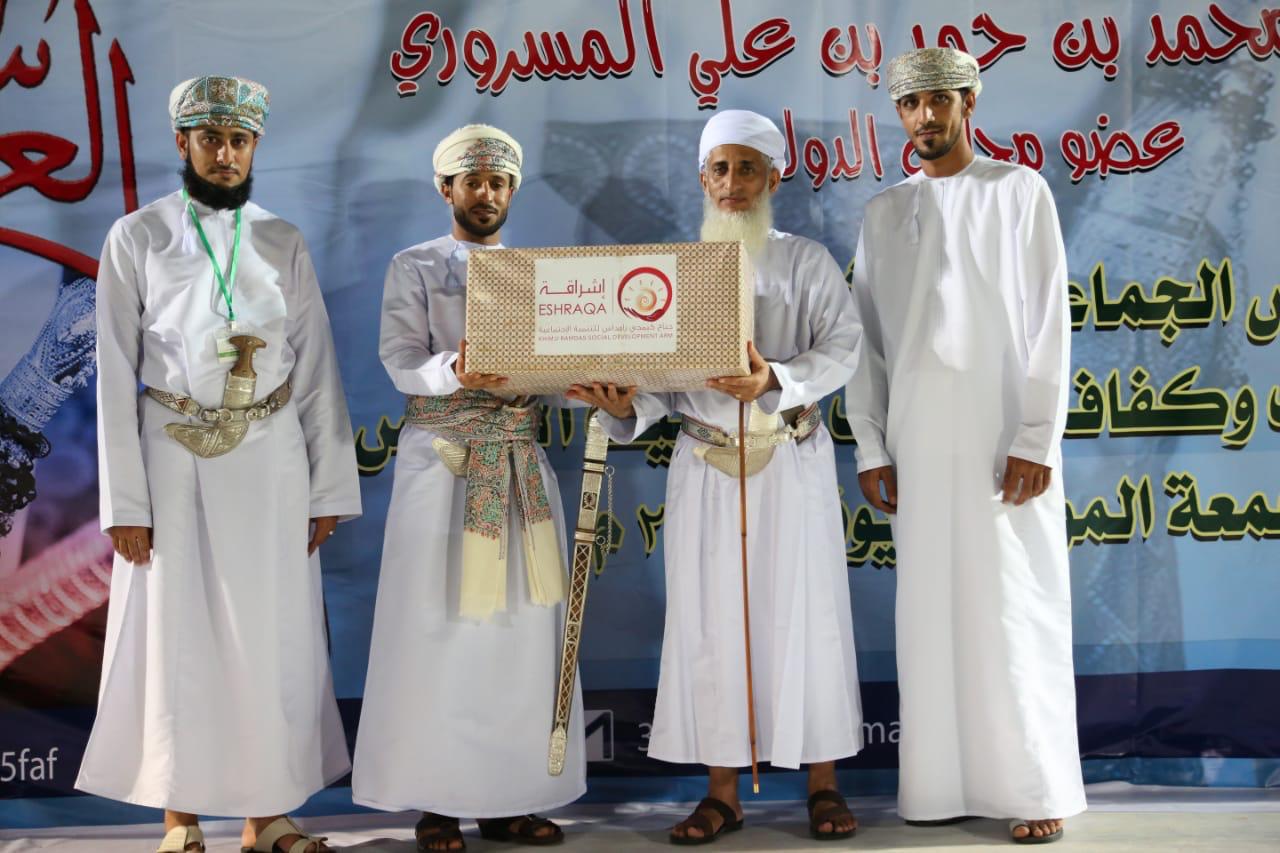 Held under the patronage of His Highness Sayyid Doctor Adham bin Turki Al Said and Mohammed Bin Hamid Al Masroori, member of state council respectively; both events saw a collective of 50 couples tie the knot with over 7000 people in attendance.

Director of Khimji Ramdas, Nailesh Khimji, said, “Our association with positive socio-economic events date back many years due to our commitment to being a socially responsible company. We strongly believe in this on-going social inter-dependence initiative that not only improves and enriches life but also gives newly married couples a start on a debt-free life. We are honoured to sponsor these joyful events so as to share the happy moments with the members or community.”

His Highness Sayyid Doctor Adham bin Turki Al Said thanked the community for inviting him as patron to the Izki event, he said, “I am extremely pleased with the management of the event and I want to thank the volunteers and community members who pooled in all available resources and worked as a team to give fruition to this unique mass wedding event that offers young couples a bright start into their lives.”

He said, “Mass weddings initiatives contribute greatly to reducing the expenses and supporting the youth in their endeavours to begin a family. We are thankful to Khimji Ramdas for their support towards a positive and more productive society.”

Dr Nasir Bin Said Al Masrori, General Supervisor of ‘Afaf wa Kfaf’ Initiative said, “Mass Wedding initiatives play an important role in reducing the expenses that could turn out to be expensive for many people in our society. We thank Eshraqa for its never-ending support to our endeavours.”

Zaher Bin Zahran Al Sarmi, one of the young beneficiaries from the mass wedding said that mass weddings have highly tangible and abstract benefits. The initiative not only reduces expenses but also encourages the youth to get married and build their familial foundation.