Oman weather: Rains likely in many parts of Sultanate 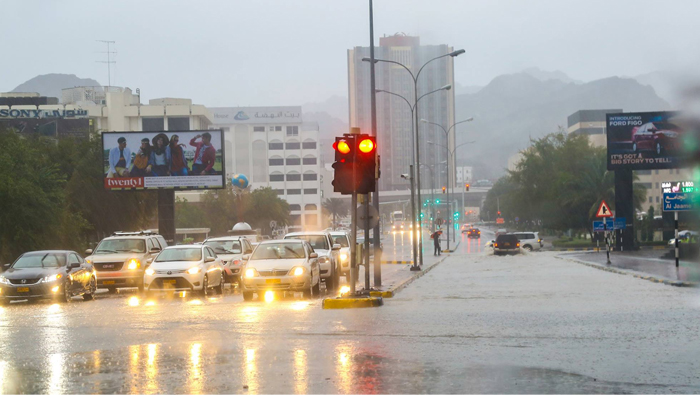 Muscat: Rainfall expected on Wednesday will not be as severe as last week, meteorologists said.
“Rain will return to Oman and the United Arab Emirates (UAE) later on Wednesday or Thursday and continue into the weekend; with another round of rain possible later next week.
However, it will not be as severe as last week,” Jason Nicholls, a senior meteorologist at Accuweather.com, said.
According to the National Multi Hazard Early Warning Centre at the Public Authority for Civil Aviation (PACA), the Sultanate will be affected by unstable weather on Wednesday.
PACA has advised the public to take precautions during the rain and avoid crossing wadis (valleys), as well as check the state of the sea before sailing into the waters.
Meanwhile, in its latest advisory, the Oman Meteorology Department has predicted chances of rain and occasional thundershowers over the governorates of Musandam, Al Buraimi, North and South Al Batinah, which will gradually extend to governorates of Muscat, Al Dakhliya and North and South Al Sharqiya. During last week’s rain, the Public Authority of Civil Defence and Ambulance’s (PACDA’s) operations centre received 332 rescue calls.
PACDA statistics recorded 255 water rescue operations, 37 land rescue operations, 29 fire extinguishing operations, eight ambulance-related calls, and four search operations.
As for calls recorded by various governorates, Al Batinah North registered the biggest number, which resulted in 95 rescue operations, followed by Al Dhakhiliyah which recorded 67 rescue operations.
Muscat came in third with 51 rescue operations being conducted, followed by Al Buraimi, which recorded 43 reports. Al Sharqiyah North recorded 27 such incidents, Al Batinah South 26, Dhahira 23, while only one rescue operation was carried out by PACDA in Al Sharqiyah South.
The death toll from the thundershowers and flash floods, which hit Oman last week, has climbed to eight after two more children were found dead.