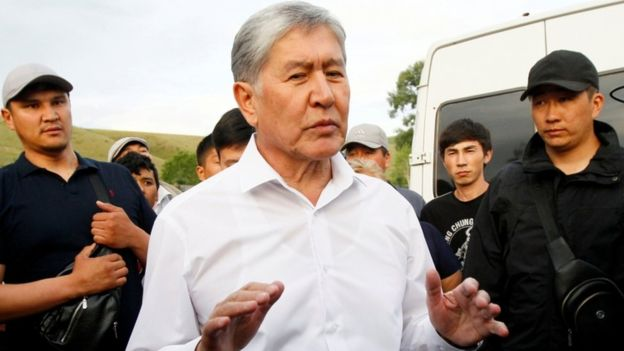 Security forces in the central Asian republic stormed the home of Almazbek Atambayev, reportedly armed with rubber bullets rather than live rounds.

But Atambayev's supporters took up arms to defend him, killing one officer and capturing six.

The former president said the captives would be released later on Thursday.

Atambayev, who is still inside his compound on the outskirts of the capital Bishkek, is accused of corruption, which he denies. Parliament stripped him of immunity in June.

But he claims the charges against him are politically motivated, orchestrated by his former ally and successor Sooronbai Jeenbekov.

After the botched raid, state forces retreated from the residence to regroup, while more supporters of Atambayev arrived and a standoff began.