Football: Leicester draw at Man United to move to brink of title 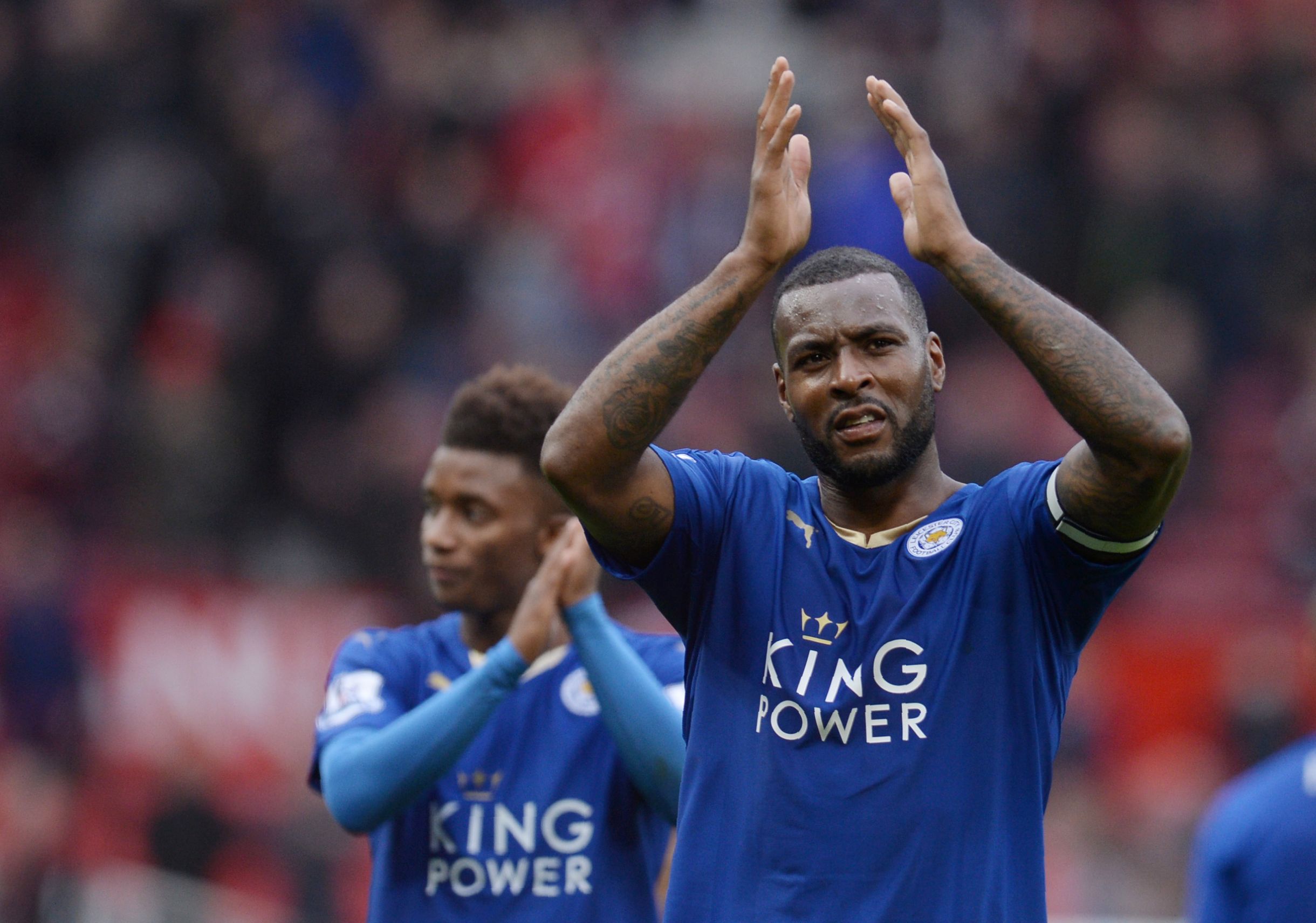 London: Manchester: Leicester City must wait at least one more day for their first-ever Premier League title after drawing 1-1 with Manchester United at Old Trafford on Sunday. Claudio Ranieri’s side failed to get the victory that would have brought the silverware but they will be crowned champions on Monday if second-placed Tottenham Hotspur, who trail them by eight points, fail to beat Chelsea at Stamford Bridge, where they have not won since 1990. Hopes of a Leicester triumph on Sunday suffered an early setback when striker Anthony Martial put United ahead with a neat right-foot finish from Antonio Valencia’s eighth-minute cross. The goal galvanised Leicester, who equalised nine minutes later when captain Wes Morgan headed home a Danny Drinkwater free-kick. The visitors thought they deserved a penalty when Riyad Mahrez clashed with Marcos Rojo in the United area, but without the suspended Jamie Vardy they lacked their usual threat on the break. United could have grabbed a late winner but Leicester keeper Kasper Schmeichel was quick off his line to foil the advancing Memphis Depay. “It was very tough. Manchester United dominated possession and we had to dig in and be resilient. It’s a point and it’s a step in the right direction,” Morgan said. “It proved to be an important goal and to score at Old Trafford was a great feeling. It’s not ours until we get two hands on the trophy.” Leicester finished the game with 10 men after Drinkwater was sent off for a second bookable offence five minutes from time. The midfielder will now miss Leicester’s next game at home to Everton, when victory will secure the title even if Tottenham beat Chelsea. “We knew it was going to be tough,” Leicester fullback Danny Simpson said. “The last thing you want is to go 1-0 down early on but credit to the boys, we kept going. We’re happy with the point — it would have been nice to have won it here. We’ll try and get together tomorrow and watch the game. We’ll keep going and see what happens.” “I think we played one of our best matches of the season, but it was not enough,” United manager Louis van Gaal said. “Leicester City deserves to win this championship. They have very good organisation, but we had a lot of chances.” City beaten Meanwhile, Sadio Mane bagged a hat-trick in a vibrant display of attacking football from Southampton that swept aside Manchester City 4-2 and left the visitors facing a scramble to secure Champions League qualification. The defeat, just three days before their semifinal second leg against Real Madrid, was never in doubt from the moment Shane Long capitalised on a Dusan Tadic assist in the 25th minute. The Serb also set up two of the goals for Senegalese striker Mane who pounced after 28, 57 and 68 minutes to complete his second hat-trick of a prolific season which has yielded 14 goals. Although City countered with a brace from Kelechi Iheanacho in the 44th and 78th minutes, Saints never let their grip slip on a victory which kept them in the hunt for a Europa League place. Fourth-placed City lead Manchester United by just four points and their city neighbours have a game in hand. Swansea survive Earlier in the day, Jurgen Klopp was made to pay for fielding Liverpool’s youngest ever Premier League starting line-up as Swansea swept them aside to secure their own survival in England’s top flight. Klopp made eight changes from the Liverpool side beaten 1-0 by Villarreal on Thursday, sending out a team with an average age of just 23. Afterwards the German admitted the Reds had “a bad day”. “We changed the line-up and you can see there was not the body language you need for a comeback,” said Klopp. “We deserved to lose, they deserved to win, that’s how football is on a bad day.” Liverpool struggled against the pace of Andrew Ayew. The Ghanaian scored twice, first with a powerful header from a 20th minute corner and then with a 66th-minute shot after the Reds failed to clear their lines. Jack Cork also found the net with a curling right-foot shot on 33 minutes. Christian Benteke netted Liverpool’s consolation with a header on 66 minutes. The visitors were forced to play the final 14 minutes with 10 men after Brad Smith was sent off for a second bookable offence.