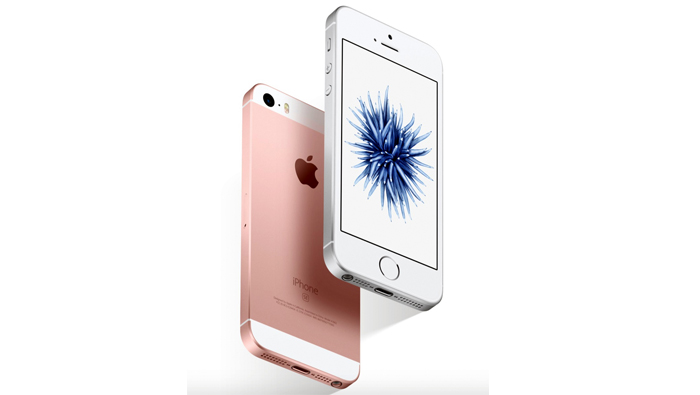 With the iPhone 6 series, Apple finally gave in to the latest smartphone vogue of being ‘Big’, and people loved it. The devout anything-is-good-as-long-its-Apple fans went gaga over it, as did many others who are truly deeply madly in love with the big-is-better concept. But the non-conformists, or more aptly put, the purists, were still very much in love with the magic Apple had created in the past: the iPhone 5 and 5S.
To them the 5 was the most perfect iPhone, with a most perfect screen size. And for long they kept on with it, hoping or the much needed updates. The 6 series came in, but still they lingered with the predecessor. The proof of it is the high demand of the phone even to this day; almost parallel to the 6S.
However, Apple finally seems to pay heed with the launch of the iPhone SE. The first smartphone from Apple’s stable, not having a number in its model name, the SE comes retaining the same design of the 5 series and 4inch screen, and packing the features of the 6S – a banging update to the 5S at a price lot more affordable than an iPhone 6S.
The new baby iPhone packs the same advanced A9 processor as in the 6S. The 12 megapixel camera, also borrowed from the 6S captures incredible images and 4K videos, with ‘Live Photo’. Apple also brings the ‘Apple Pay’ feature courtesy the inclusion of NFC to the 4inch form factor with the SE (though of no use in Oman).
One of the biggest draws is the SE’s price. The cheapest iPhone yet starts at OMR 190, almost a hundred rials cheaper than the 6S, offering great value with all the power and performance of iPhone 6S.
Having exactly the same dimensions and design as that of the 5S, the biggest advantage of the SE over the 6S is its size; that is if you are not too much in love with gigantism. The phone is super easy to store and carry, and makes the 6S Plus feel big and bulky. Operating the phone is also much more convenient with the entire screen within reach of single hand.
With the 6S derived 64-bit A9 chip, M9 motion co-processor and the same 2GB RAM – 2GB, the SE is a superfast smartphone; faster in fact than the 6S, with fewer pixels to drive, thanks to the smaller screen. The iOS 9.3, which includes a few notable features, like password-protected notes and the Siri interface, enabling hands-free voice-controlled mobile operation.
Another exciting factor is the camera shape: no protuberance like the 6S. The arrangement is exactly like the iPhone 5S, while containing the hardware of the 6S, with flush lens and tall pill-style dual-LED flash.
However, cost-cutting has led to the absence of the scratch-resistant sapphire cover glass. The previous gen Touch ID sensor on the SE is also slower, but still lovable as it does not require unlocking the phone while turning on the screen to check notifications.
You can choose from Space Grey, Silver, Gold and Rose Gold, with 16GB and 64GB storage options. The latter three have white faces; only the Space Grey comes with a black front. The accessories and cases are all 5S compatible; another money saving feature.
Apple says, it is the most powerful 4 inch phone ever, but whether it will be able to create ripples amongst fans remains to be seen. Over a month since its launch, the scenario suggests otherwise so far.
We think it’s a marvelous effort by Apple, but a little too late. Happiness certainly comes in small packets, if only it could be delivered a bit early. The 4 inch hero is dead; faded from the memories of samrtphone buffs. Steve Jobs you are dearly missed.
Tech Specs
Apple iPhone SE
Operating system: iOS 9
Processor: A9 chip with M9 motion coprocessor, 2.1GHz
Display: Retina display 4‑inch LED‑backlit widescreen multi-touch
Camera: 12mp rear camera with Live Photos and Auto HDR, True Tone flash, 4K video recording; front camera 1.2mp with 720p HD video recording and retina flash
Storage: 16GB, 64GB (non-expandable)
Battery backup: Talk time: Up to 14 hours on 3G; 13 hours video playback; and upto 50 hours audio playback. Standby time upto 10 days
Other features: Touch ID fingerprint sensor, Siri
Weight: 113gm
Finish: Silver, Gold, Space Gray, Rose Gold