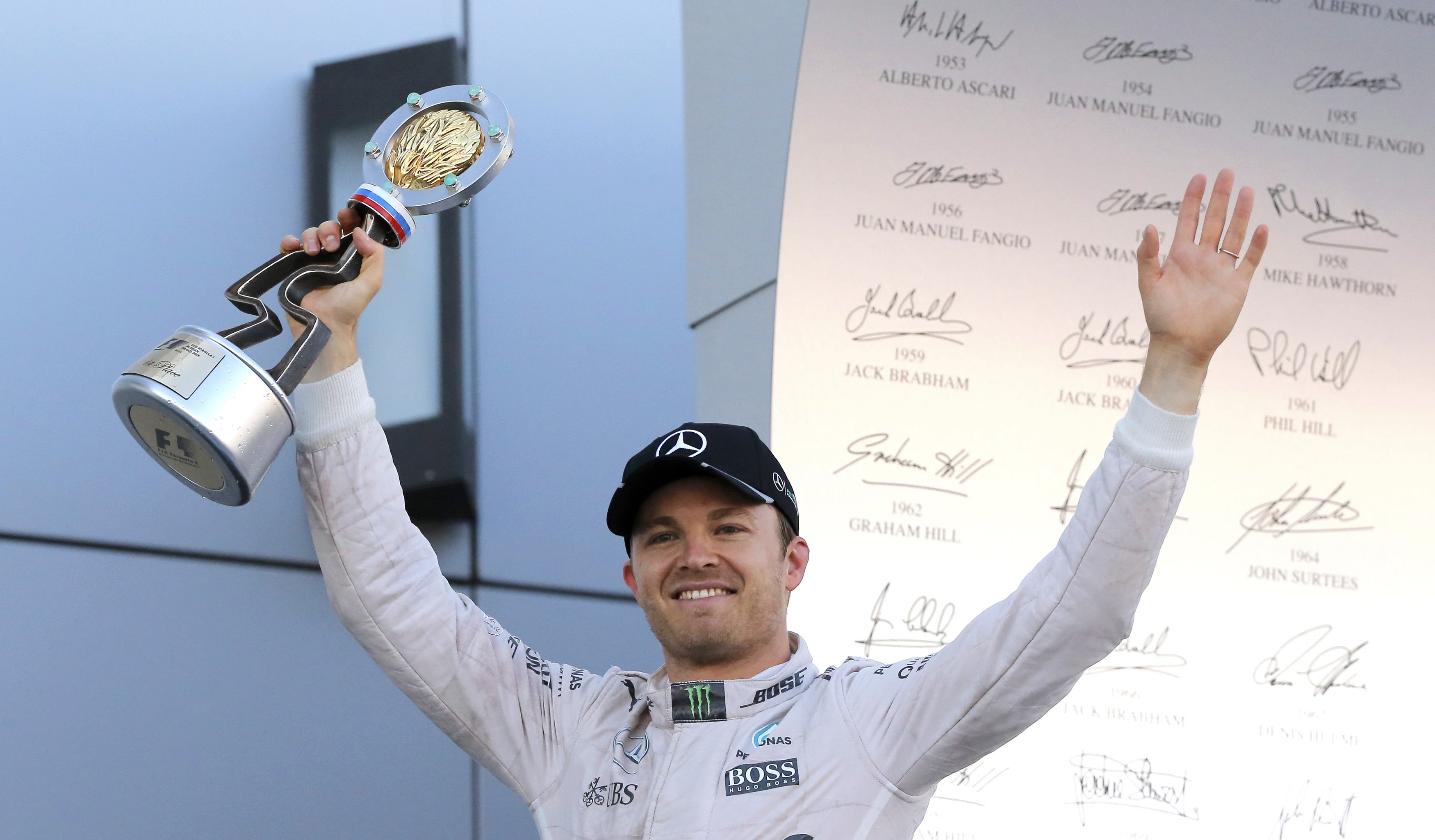 Sochi, Russia: Formula One championship leader Nico Rosberg chalked up his seventh win in a row at the Russian Grand Prix on Sunday with team mate Lewis Hamilton fighting back from 10th on the grid to seal a Mercedes one-two finish. In a race that started with chaos, and Ferrari's Sebastian Vettel being shunted into the wall by Red Bull's Russian Daniil Kvyat, Rosberg had an untroubled afternoon from pole to chequered flag for his 18th career win. The German equalled the achievement of compatriot Michael Schumacher in winning seven successive races, with only Vettel (nine in 2013 with Red Bull) and the late Italian Alberto Ascari ahead of them. Only champions Schumacher, Britain's Nigel Mansell and Brazilian Ayrton Senna had won the first four races in a season before Rosberg joined them. "It felt very special out there," said the happy winner, who led all the way and also set the fastest lap, after being congratulated by Russian President Vladimir Putin. Triple world champion Hamilton was 25 seconds behind Rosberg with Ferrari's Kimi Raikkonen finishing third after winning a battle with fellow Finn Valtteri Bottas, who started on the front row, in the Williams. The podium was Ferrari's 700th since the championship started in 1950. Rosberg, who won the last three races of 2015 and now the first four of 2016, leads Hamilton by 43 points in the standings with 17 races remaining and the Briton facing an increasingly daunting challenge. "Lewis is going to come back of course, he's on it and as motivated as ever," said Rosberg. "We'll just take it race by race." Hamilton had reduced the gap between him and Rosberg to seven seconds by the 36th of the 53 laps but his challenge was then slowed by a water pressure problem. "There wasn't a doubt in my mind that I could win it, I had the pace, but then I had a problem with the engine again and had to back off," said the champion. Mercedes switched the power unit in his car after it failed in qualifying, flying parts out from Britain overnight by private jet to avoid a penalty that would have forced Hamilton to start from the pit lane. Starts have been the Briton's big weakness this season, despite two pole positions, and he had yet to get through the opening lap without problems but he stayed out of trouble as those around him collided. Vettel, starting seventh, was hit twice from behind by Russian Kvyat's Red Bull into turns two and three while Force India's Nico Hulkenberg and Manor's Rio Haryanto both retired. As Rosberg sped away, Raikkonen seized second place with Hamilton fifth as the safety car was deployed to allow debris to be cleared. Brazilian Felipe Massa was fifth for Williams with Fernando Alonso sixth for McLaren, who had their first double points finish since Hungary last year when Jenson Button crossed the line in 10th place. Denmark's Kevin Magnussen took Renault's first points of the season in seventh place with Frenchman Romain Grosjean continuing his remarkable form with newcomers Haas in eighth place. Force India's Sergio Perez was ninth.