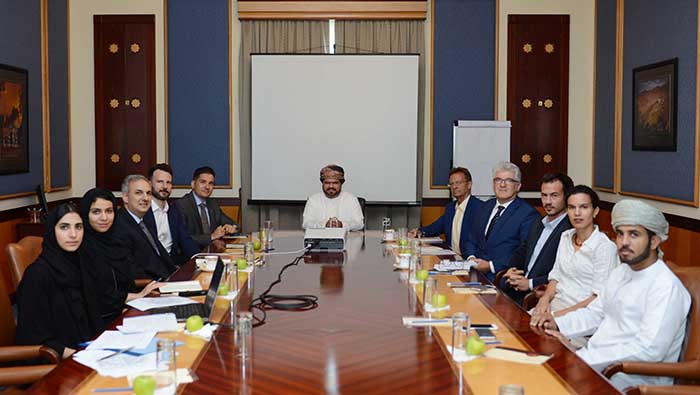 Muscat: The Foreign Members Committee in the Oman Chamber of Commerce and Industry (OCCI) held its first meeting under the chairmanship of Raed bin Mohammed Al Shehhi, member of the Board of Directors of the OCCI and the head of the committee to discuss the committee's work plan that aims to participate the foreign members in the chamber to improve the business environment in the Sultanate.
The meeting began with the introduction of the members who are the executive heads of foreign investment companies operating in the Sultanate of different nationalities. This was followed with emphasising the role of the chamber and its specialised committees in general and Foreign Members Committee in particular.
In addition, Raed Al Shehhi, the head of the Foreign Members Committee pointed out that the committee aims to achieve a number of objectives related to promoting and stimulating the business environment in the Sultanate, involving members in presenting visions and proposals on the investment laws and regulations in the Sultanate, identifying the challenges facing investors and encouraging cooperation between foreign investors and Omani companies, particularly SME's.
The meeting also reviewed the results of the survey on the committee's work plan and the topics, programmes and meetings proposed by its members and identified significant objectives that the committee seeks to achieve in the coming period.
At the end of the meeting, the members praised the importance of this committee and the role of foreign investment as a partner in the economic development in the Sultanate and thanked the Board of Directors of the Oman Chamber Commerce and Industry for establishing the Foreign Member Committee for the first time in the chamber's history as the chamber is the voice of the private sector and its official representative.