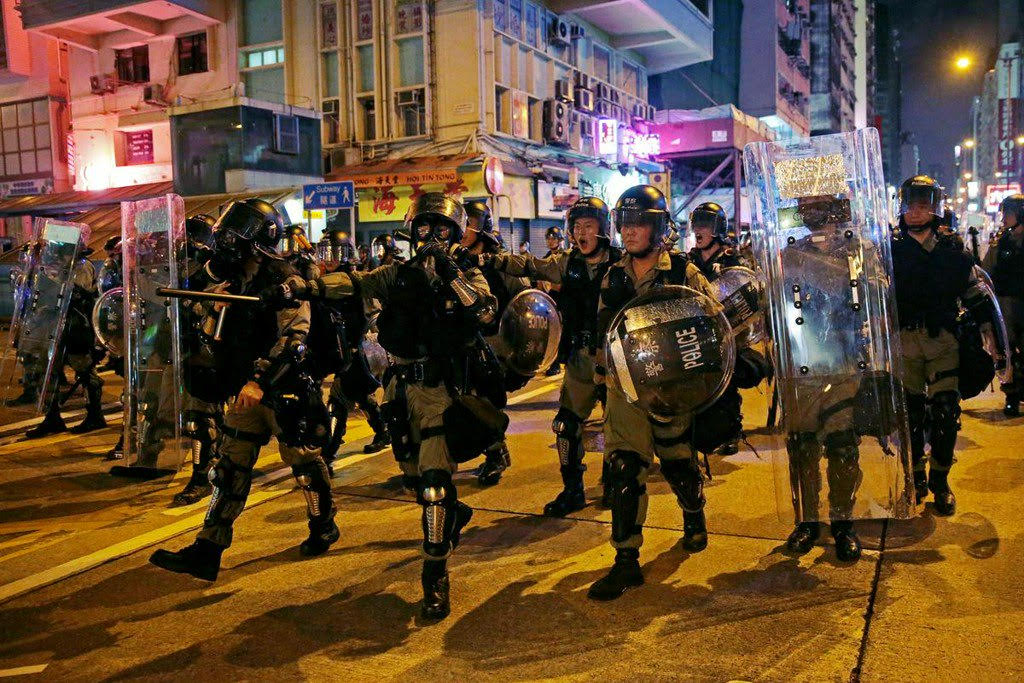 Hong Kong : Anti-government protests entered their ninth consecutive weekend with Hong Kong police firing tear gas at protesters.
The protestors initially rallied in the Mong Kok district before starting their march. They have called on others to join a city-wide strike planned for Monday.

Beijing and the Chinese army have issued stern warnings about the unrest.

Two months of demonstrations sparked by a controversial extradition bill show no signs of abating, with both sides hardening their stance.

As the demonstrations dragged into the night, protesters gathered outside the police station in Tsim Sha Tsui district. Officers then fired tear gas at the activists.

A police statement said the "radical" group had set fires nearby and had thrown bricks into the building, according to The South China Morning Post.

"Police appeal to everyone at the scene to leave immediately and we express strong condemnation of such violent acts.”

Saturday's march comes after a group of civil servants — ordered to be politically neutral — joined demonstrations in their thousands on Friday.

The rally followed the publication of an anonymous letter on Facebook complaining about "extreme oppression" and listing five key demands - the complete withdrawal of the extradition bill; waiving charges against those arrested; an end to descriptions of protests as "rioting"; an independent inquiry into the unrest; and resuming political reforms.

Although the government has now suspended the bill, which would have allowed extraditions to mainland China, demonstrators want the bill fully withdrawn.

Their demands have broadened to include calls for more democracy and for Hong Kong's leader Carrie Lam to resign.

Hong Kong — a former British colony — is part of China but enjoys unique freedoms not seen on the mainland.