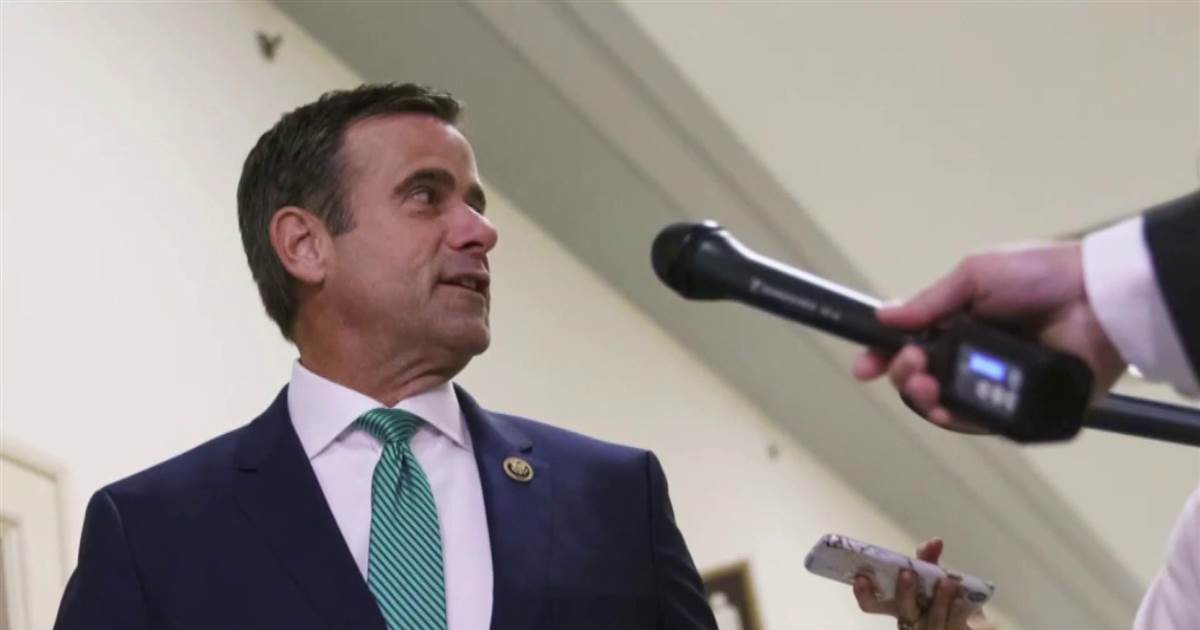 Washington: John Ratcliffe, the Republican congressman from Texas chosen by US President Donald Trump to succeed Dan Coats as Director of National Intelligence, has withdrawn from consideration for the role.

"While I am and will remain very grateful to the President for his intention to nominate me as Director of National Intelligence, I am withdrawing from consideration," Ratcliffe announced on Twitter.

While 'humbled' to receive the nomination, Ratcliffe said, "I do not wish for a national security and intelligence debate surrounding my confirmation, however untrue, to become a purely political and partisan issue. The country we all love deserves that it be treated as an American issue."

Trump wrote on Twitter, "Our great Republican Congressman John Ratcliffe is being treated very unfairly by the LameStream Media.

"Rather than going through months of slander and libel, I explained to John how miserable it would be for him and his family to deal with these people John has therefore decided to stay in Congress where he has done such an outstanding job representing the people of Texas, and our Country. I will be announcing my nomination for DNI shortly."

Ratcliffe was nominated to replace Coats after it was announced the former senator would be stepping down from the role on August 15. However, Ratcliffe's nomination caused considerable controversy, with the Texan accused of being too inexperienced for the role.