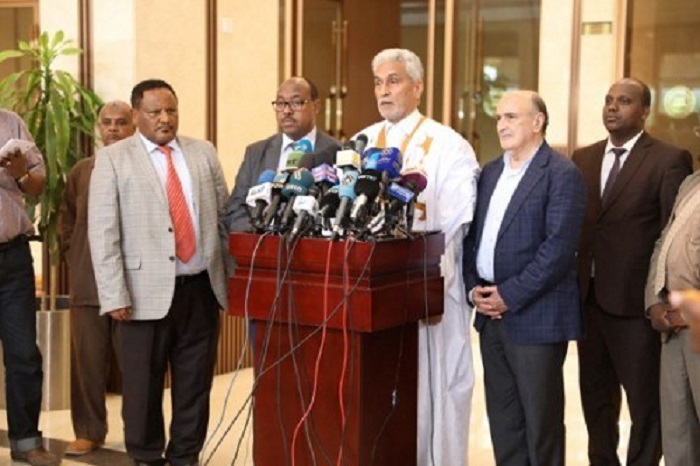 Khartoum: Sudan's opposition Freedom and Change Alliance and the Transitional Military Council (TMC) have reached a full agreement on a constitutional declaration, ushering in a new period for the transitional government, African Union (AU) Envoy to Sudan Mohamed Hacen Lebatt said on Saturday.

"I'm very pleased to announce for the Sudanese, national, international and African public opinion that the two delegations have fully agreed on the constitutional document," Lebatt told a press conference in Khartoum.

"The two sides will continue their technical meetings this evening to finalise the technical arrangements for the official signing ceremony before the Sudanese people," he added.

The constitutional declaration specifies the powers of the sovereignty council, the prime minister and the legislative council during the transitional period.

On July 17, the country's transitional military rulers and the opposition alliance signed a political declaration which determined the political structure of the transitional period. It stipulated the establishment of a joint sovereignty council of 11 members, including five civilians, five military representatives and one civilian to be selected through mutual consultation.