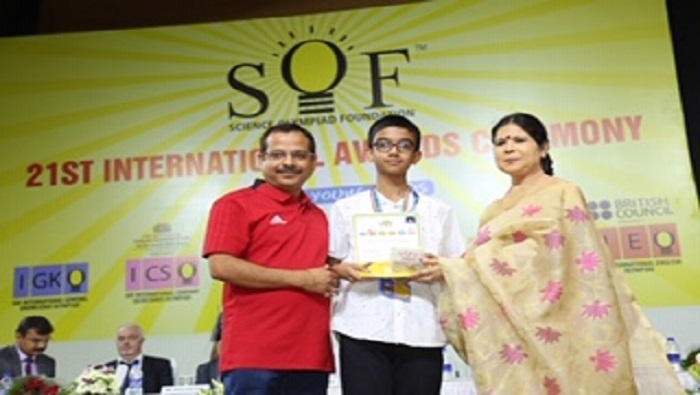 Muscat: A class 7 student at the Indian School in Al Ghubra has been ranked second internationally in the Science Olympiad Foundation (SOF) Olympiad Examinations held during 2018-19.
Sabyasachi Choudhury was awarded for his outstanding achievement in the examinations, for which over 50,000 schools from more than 1,400 cities in 30 different countries were registered. Millions of students took part in the six SOF Olympiads.
An awards function was organised by the SOF on June 2 at the Dr. Ambedkar International Centre in New Delhi, in which Sabyasachi was presented with a silver medal, a certificate of outstanding performance and prize money of Rs 25,000.
The Honourable Justice Dipak Misra, former Chief Justice, Supreme Court of India, was present.
“The Managing Committee and teachers are immensely proud of Sabyasachi, who has achieved this height of excellence at the international level through his hard work and brilliance,” a statement from the school said.