Manufacturing sector on track in Oman 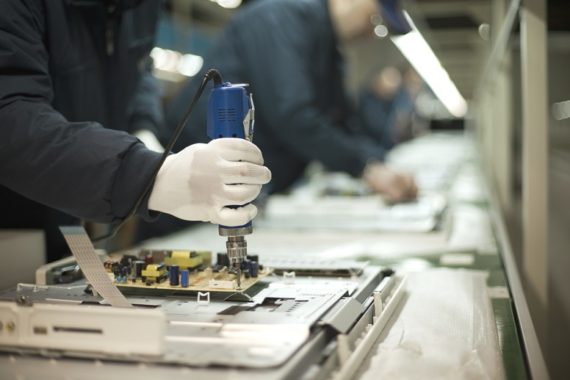 Muscat: Oman's manufacturing sector has achieved half of its targets set during 2019, which is right up to the standards set out by the Implementation, Support and Follow Up Unit, the organisation that oversees the Sultanate's plans for the Tanfeedh programme for economic expansion.

A statement by the ISFU read: "ISFU reports showed the manufacturing sector achieving 50 percent out of 52 percent of the targeted KPIs till July 2019."

The sector has also provided more than fifteen hundred job offers during that time.

The statement added that the sector succeeded in "providing 1579 job opportunities till the 2nd quarter, with investments that reached OMR3.4 billion."

Beyond work on existing projects, the manufacturing sector is also bringing new businesses to Oman.

The statement read: "Five new projects have been added to the dashboard early in 2019. These projects include the Polymer Manufacturing plant, which started its actual production recently."

The ISFU pointed to Sebacic Oman, the world’s largest bio-refinery which manufactures specialty chemicals from green vegetable (castor) oil as well as bio-nylons and polymers.

Sebacic Oman is in Duqm and has been praised by the Special Economic Zone Authority in Duqm for its production and progress.

Recently, an official from the authority said: "Sebacic Oman started operating its first phase last year and is one of the successful businesses in Duqm.

"It has done quite well, Sebacic is expected to produce 12,000 tonnes of products per year," the official added.