From the editor's desk: Does English drive you doolally? 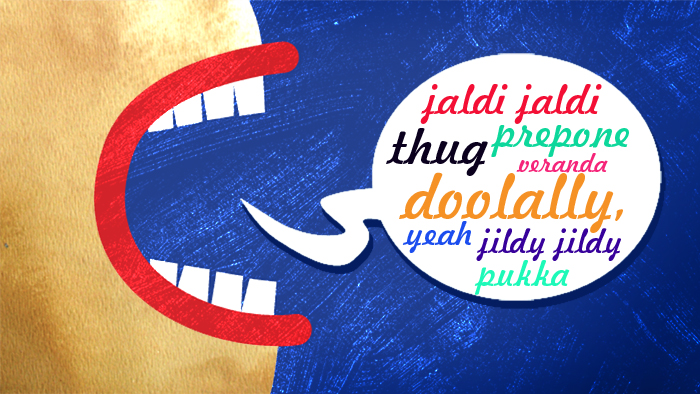 I first encountered the word ‘prepone’ while working in India. My immediate reaction was to point out that it is not a word, even though I immediately grasped its meaning: to bring forward an event or meeting, as opposed to postpone.
Then I realised that the new construct is actually a very clever use of the English language. It has been used widely in Indian English for many decades, with one of its earliest recorded airings in the Indian parliament records dating back to the 1960s. Nobody uses this word in the UK.
It is now included in the Oxford English Dictionary and is officially ‘pukka’. The Indians managed to find a word that does the job and makes perfect sense. As it should be.
English is a heady and often confusing mix of Greek, Latin and something called Old English, an early form of English common between the 5th and 14th centuries, give or take a few centuries...
I remember being baffled by Old English and Middle English at university, sitting in stunned silence in the English language tutorial as the lecturer spoke in what sounded to me like a completely alien tongue, yet this was the language my English was based on.
In those days the word ‘yeah’ was used for agreement, not ‘yes’. That evolved down the line and we now use ‘yes’, but it was not always thus. The language breathes and evolves. Whoever first coined ‘prepone’ knew this. They made everyone’s lives a little easier. The only alternative I can conjure up is ‘bring forward’ – a much clunkier construct.
Little fixes like these help people who study English as a second language, and those fresh users, from across the globe, find different ways to employ the language to suit their own needs. They bring another layer of change, another way of expressing themselves.
Again, as it should be. I would like whoever came up with ‘prepone’ to apply themselves to some of the other aspects of English that flummox second language students. “The bandage was wound tightly around the wound, but wound up falling off”, for example, or “The dove dove into a thicket”.
Imagine trying to wrap your head around some of these if you are a non-native speaker? It’s why I am full of admiration for anyone who has a grasp of English as a second language.
English language borrowing and adaptation is of course a two-way street. English has also borrowed from India, or the Hindi language anyway.
If you shampoo your hair in your bungalow, perhaps while wearing dungarees or pyjamas, you may be seen as slightly doolally, and all of these words are borrowed from Hindi, same as thug, pukka and verandah (although many argue that that originally came from the Portuguese, through Goa.)
Deolali was the site of a military asylum in India, and ‘doolally’ is still in common usage across the UK.
In Glasgow, Scotland, if you want the taxi driver to go faster, you tell him “jildy jildy” – another borrowing from the Hindi ‘jaldi jaldi’. This handy phrase to tell people to hurry up was brought back to Scotland by soldiers posted to the Indian campaigns and has since entered semi-common usage.
So, English is alive and well, in all its myriad forms. I salute everyone who has mastered it. As you can see, I’m still learning...