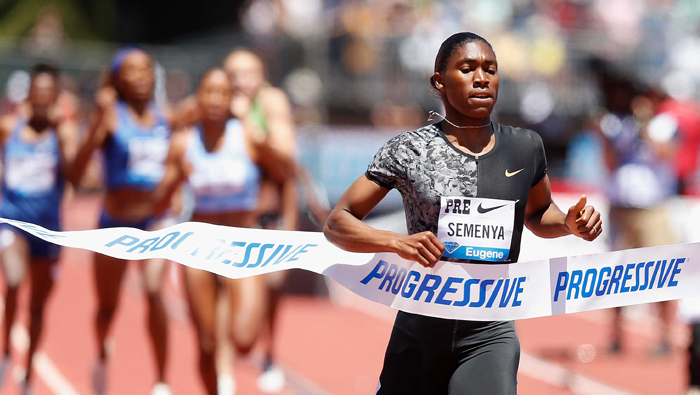 Lausanne: Two-time Olympic champion Caster Semenya can no longer look forward to defending her 800m title at the World Championship in Doha this September due to the latest court ruling in her ongoing battle against the IAAF's controversial female eligibility regulations.

In June, the Federal Supreme Court of Switzerland had provisionally suspended the regulations, which require women with high testosterone levels to take medication in order to compete at distances between 400m and the mile or change to another distance. But the Swiss court has now reversed its decision.

“I am very disappointed to be kept from defending my hard-earned title," Semenya said, on Tuesday. "But this will not deter me from continuing my fight for the human rights of all of the female athletes concerned.”

Semenya lodged an appeal to Switzerland's highest court in May after failing to have the IAAF's testosterone rules overturned by the Court of Arbitration for Sport. She won a temporary suspension of the rules in the Swiss court, which allowed her to race while awaiting the final outcome of her appeal.

But the 28-year-old is no longer entitled to that privilege after the court found that the “high threshold” for suspension were not fulfilled.

"In this latest decision, the Supreme Court emphasised the strict requirements and high thresholds for the interim suspension of CAS awards and found that these were not fulfilled," a statement said. "This ruling will prevent Caster from defending her title at the World Championships in September 2019."

Semenya, who won last month's 800m Diamond League meet in California, had been included in South Africa’s provisional squad for the World Championships.

Since the rules that affect athletes with differences of sexual development (DSD) have been reinstated for the time being, Semenya would have to submit to hormone-reducing medication in order to continue to compete. According to the IAAF, all DSD athletes are obliged to reduce their testosterone to a specific level for at least six months, and then maintain that for the rest of their athletic career. But Semenya has remained resolute in her decision not to take drugs.

Dorothee Schramm, the lawyer leading Semenya's appeal, has said they are still hopeful for a final decision that will be in favour of Semenya.

"The judge's procedural decision has no impact on the appeal itself. We will continue to pursue Caster's appeal and fight for her fundamental human rights. A race is always decided at the finish line," she said.