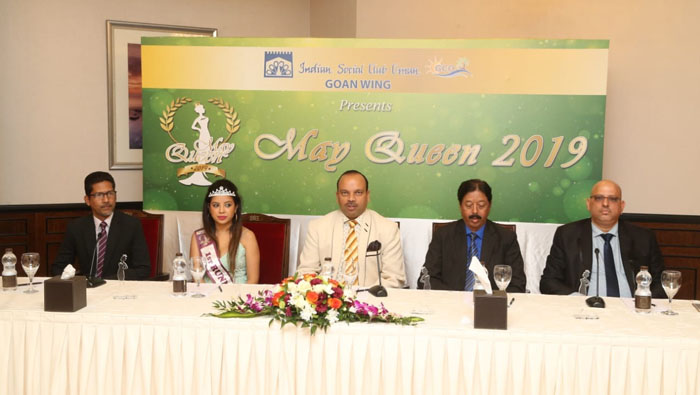 Muscat: Locals and residents have been invited by the Goan Wing of the Indian Social Club to celebrate their May Queen ball, which takes place this weekend.
The ball, which is a typically Goan tradition that dates back to when the Indian state was a Portuguese colony, typically marks the arrival of summer and is celebrated with song and dance, as well as traditional cuisines that have been handed down from one generation to the next.
The event will take place on Friday, 2 August, at the Al Bustan Palace, a Ritz-Carlton Hotel, and is expected to begin at 7pm. In addition to the celebration, the event is also known for its annual beauty pageant, where a number of contestants vie for the honour of being crowned the May Queen.
Savio Carvalho, Convener of the Goan Wing, said: “Over the years, the May Queen ball has grown bigger and better with all the acknowledgment, support and love received from the people. We have had participants from all over the globe to participate in the pageant. One of the reasons for organising the May Queen Ball is to showcase the Goans’ culture in Oman. Apart from that we would like to bring out the hidden talent and confidence of the young ladies who participate in the pageant.”
Herman Estibeiro, Co-convener of the wing, added: “This is open to everyone. There are very few Goans, so the May Queen and its pageant is open to all nationalities. It is not open to just Indians. Different nationalities will take part, so we explain to them these procedures. We also train the contestants over how to talk and how to walk, during a grooming session. In Goa, this concept was brought about in the summer, where people looked to ease their tension with a live band and song and dance. This will be the eighth edition of the May Queen in Oman.
“This tradition dates back to the Portuguese times. We will have a ballroom dance, and it traditionally happened in May. It will be a beauty pageant cum dine-and-dance,” he said.
“There will first be an introductory round, of which only five will be selected for the question and answer round. Of these, only three will be selected, and one will become the May Queen, while the other two ladies will be crowned first and second runner-up,” ,” he added. Estibeiro also explained the selection process for the final rounds of the beauty pageant.
“We have three female and one male judge, and there are different categories we look at. How they walk on the catwalk, how they speak, how they talk, all of these things. “In a bowl we keep different questions, they will need to select the question, and they will need to answer the question in two minutes’ time. How well they answer this question will decide how many marks they get.” In addition, the ISC’s Goan Wing have invited a band from Goa to come to Muscat to play for guests at the event. The band ‘Black and White’, will be coming in especially for this event, where they will enthrall guests with their music all night.
The entrance fee for the event is priced at OMR22 for a couple, OMR12 for single entry and OMR8 for children below 12 years of age.
More than 400 people are expected to attend this year’s event.