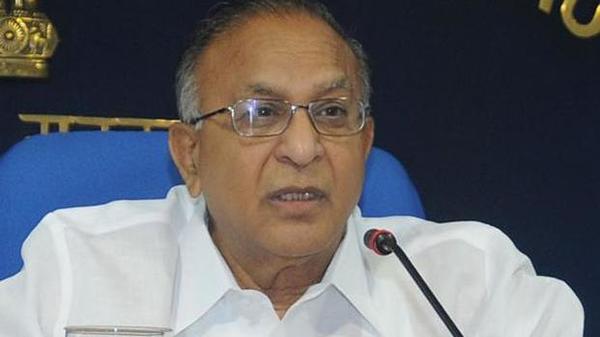 In a message posted on Twitter, the former President of the Congress Party Rahul Gandhi wrote, "I’m sorry to hear about the sad demise of former Union Minister & veteran Congress leader Shri Jaipal Reddy Garu. An outstanding parliamentarian, great son of Telangana, he dedicated his entire life towards public service. My deepest condolences to his family & friends."

Former Prime Minister Dr Manmohan Singh said about Reddy, "He was a treasure of wisdom and knowledge. My condolences to the bereaved family."

The Vice President of India, M Venkaiah Naidu paid his last respects to Reddy in Hyderabad.

Naidu placed a wreath on the body of the departed Congress leader and offered condolences to Reddy’s wife and other family members.

Later in his remarks to the media, the Vice President recalled his long and close association with Reddy which dated back to the days they were both in the opposition in the Andhra Pradesh Assembly.

Naidu said, “He brought name and fame to which ever position he held without compromising on fundamentals and his beliefs,” he added.

Describing him as a towering intellectual and an excellent speaker in both English and Telugu, Naidu described Reddy as an upright person and a man of integrity who dedicated his life in the service of common people. He was known for cherishing and upholding democratic values, Naidu added.