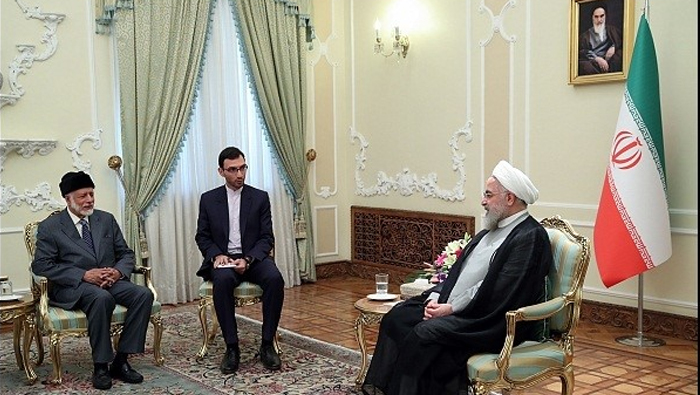 Tehran: President Dr. Hassan Rouhani of the Islamic Republic of Iran received at his presidential office in Tehran yesterday Yousuf bin Alawi bin Abdullah, Minister Responsible for Foreign Affairs and his accompanying delegation.
During the meeting, bin Alawi conveyed greetings and best wishes of His Majesty Sultan Qaboos bin Said to the Iranian President. On his turn, the Iranian President asked bin Alawi to convey his greetings to His Majesty the Sultan.
The Iranian president stressed the importance of maintaining security and safety of international navigation in the Gulf Region and the Strait of Hormuz, pointing to the importance of continuous meetings between officials in both the countries.
During the meeting, they reviewed the bilateral relations between the two countries in various fields and means to strengthen and develop them to serve the common interests of the two countries. They also reviewed a number of current regional and international issues, especially the situation in the region and the efforts being exerted to maintain security and safety of international navigation in the Gulf Region.
Bin Alawi also met yesterday at the Iranian parliament building in Tehran with Parliament Speaker Ali Larijani.
During the meeting, they discussed several current issues, especially the situation in the region. Bin Alawi reviewed the Sultanate's efforts to help defuse the current crisis to ensure security and stability and to ensure security of navigation in the Strait of Hormuz.