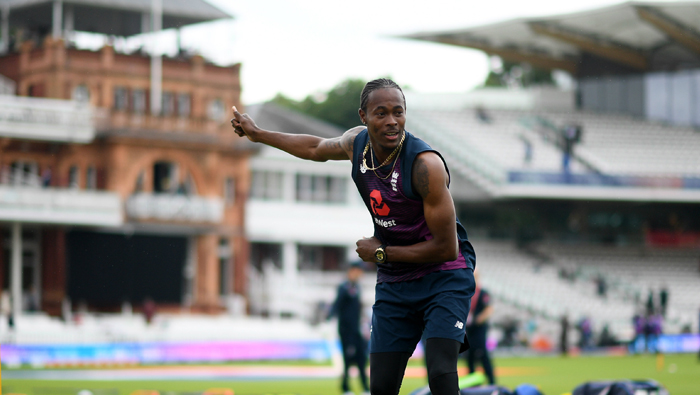 Birmingham: Jofra Archer was handed his maiden Test call-up for the Ashes, and Ben Stokes was named vice-captain of the team as England announced a 14-man squad on Saturday, 27 July for the first Test in Birmingham.

Archer has been touted to make the Ashes squad ever since he impressed at the ICC Men's Cricket World Cup 2019 – he was England's top wicket-taker in the tournament, and bowled the crucial Super Over in the final against New Zealand.

He has 131 wickets in 28 first-class matches for Sussex, and after playing a tied T20 Blast between Sussex and Surrey, said he was more than confident of his red-ball skills. "I think my red-ball record is better than my white-ball record, so I just can't wait to get the opportunity," he told BBC Sussex.

Ed Smith, the national selector, indicated England's thrilling World Cup had influenced squad selection. “Though it is unusual to select a squad of 14 for a home Test, there are compelling reasons to do so here," he said in a statement. "Several bowlers are recovering from injuries or niggles. In addition, some bowlers who played in the World Cup are being closely monitored to assess their preparation for Test match cricket.

“The wider circumstances - a successful home World Cup campaign followed so quickly by a home Ashes series - are unprecedented. It feels sensible to select an expanded squad and leave a number of bowling options open for the final team selection.”

Meanwhile, Stokes returned to the squad, having been rested for the one-off match against Ireland, as the team vice-captain. It was a position he lost after the Bristol incident in 2017, and the move to re-appoint him in the role was approved by Colin Graves, the ECB chairman, after it was recommended by Ashley Giles, the managing director of England men’s cricket, and chief executive Tom Harrison.

There was also a return for Jos Buttler, who was rested for the Ireland clash, while Jimmy Anderson, who was sidelined from the Ireland match with a calf injury, was included in the squad and is expected to recover in time for the first Test.

However, there was no place in the side for Jack Leach, who impressed against Ireland with 92 after coming on as nightwatchman. Despite that, he will train with the squad in the lead-up to the Ashes opener. Somerset's Lewis Gregory also missed out, but Olly Stone and Jack Denly have both found a place.

The squad will assemble in Birmingham on Monday.