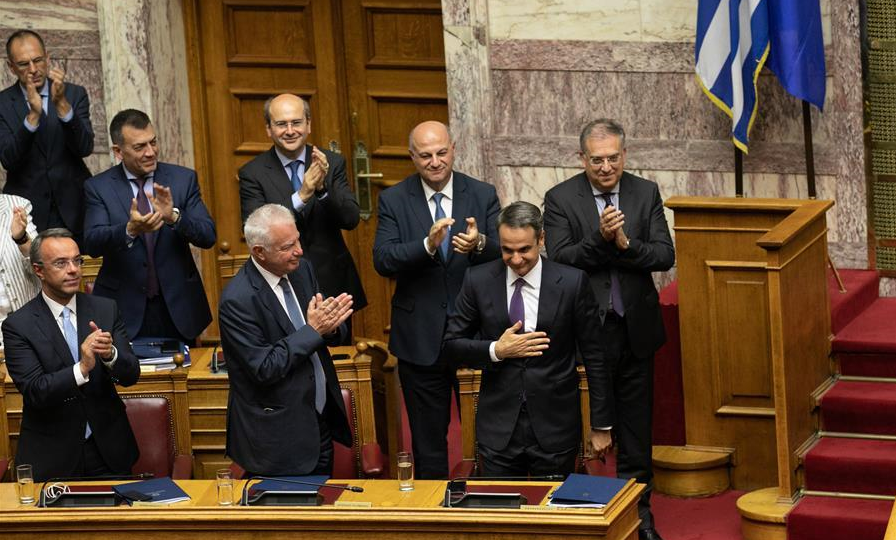 Athens: Greece's conservative government won a confidence vote in parliament on Monday evening, pledging to rebuild the country in the post-bailout era.

A total of 158 MPs voted in favour of the new administration led by Prime Minister Kyriakos Mitsotakis during the roll call vote in the 300-member strong assembly, which was broadcast live on national broadcaster ERT.

"We will not disappoint citizens. Mistakes will be made, but commitment to the key goal should never be doubted," Mitsotakis said, addressing the plenary, shortly before the vote.

"I am confident we will succeed to create a brighter Greece which we all deserve," he stressed.

During the three-day debate in parliament, Mitsotakis and several new ministers presented the new government's policy framework, outlining main priorities and goals for the next four years.

They promised to start easing the tax burden on individuals and businesses gradually from this August and focus on policies aimed to boost growth, attract more investors to accelerate privatisations and create new jobs.

Mitsotakis reiterated that Greece will meet the targets agreed under bailout deals with creditors for the post-bailout era regarding this year, meanwhile attempt will be made to negotiate next year targets for the primary budget surplus until 2022.

Greece exited the bailout programs implemented since 2010 that helped keep the country afloat, although it is still bound to meet certain fiscal targets.

Mitsotakis also promised to implement a series of measures to help victims of the wildfire that swept through eastern Attica in July 2018, killing over 100 people and injuring hundreds more. ​