Khan, Trump discuss trade and Afghanistan at the White House 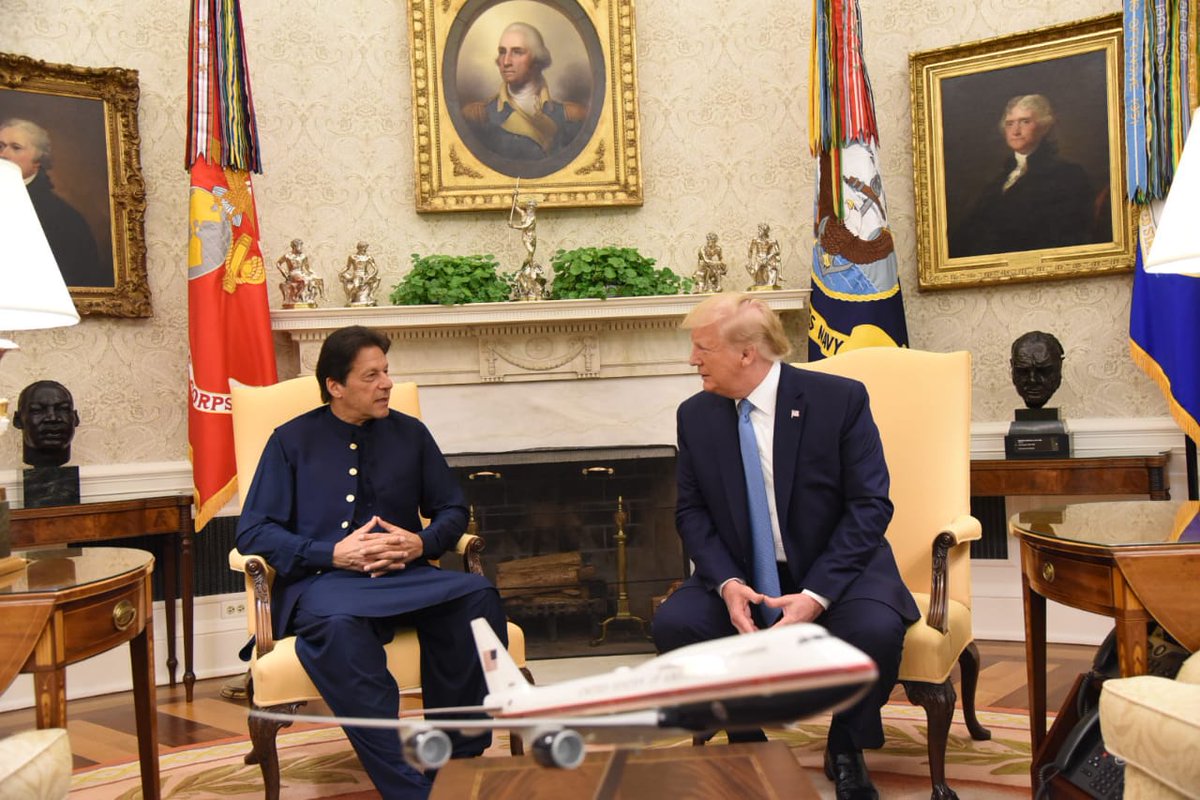 Muscat: Pakistan's Prime Minister Imran Khan and US President Donald Trump discussed trade and the war in Afghanistan in remarks to the press at the Oval Office.

Speaking ahead of a bilateral meeting, Trump said, said, "We have many things to discuss: military and terrorism and trade. And I think we’re going to spend a lot of time talking about trade because we do very little trade with Pakistan compared to what we could be doing and should be doing when our countries really get along perfectly."

Trump stated that he expected trade ties between the two countries to grow rapidly.

"I’ve bought from Pakistan over the years when I was in the private sector. They make incredible product. They’re brilliant people. They’re hardworking people.

"I think we’re going to have a fantastic trade relationship. I don’t mean we’ll increase it by 20 percent. I mean, I think we can quadruple it. I think it could go — I mean, literally, it sounds crazy — you could go 10 times more. You could go 20 times more. Because what we do right now is not much, and we should do a lot."

On his part, Prime Minister Khan said that the US was vital to Pakistan, stating, "We have links which have gone back since Pakistan became independent. You know, we’ve been fighting wars together: first Soviet invasion of Afghanistan, Pakistan was a frontline state, allied to the US. And then again the War on Terror, which was after 9/11."

With regards to Afghanistan, both leaders stated that they were working on resolving the conflict.

"And we’re working with Pakistan on getting a solution," he said.

Khan reiterated that Afghanistan was closer to a peace agreement than ever before.

"You see, this is the closest we’ve been to a peace deal in Afghanistan," said Khan.

"There is no military solution because, as Mr. President says, if you go all-out military, there will be millions and millions of people who will die."

Khan added, "So there is only one solution. And I feel — and I think we will discuss this — it’s the closest we have been to a peace deal. And we hope that in the coming days we will be able to urge the Taliban to speak to the Afghan government and come to a settlement — a political solution."