Oman weather: A decision that ended one life and left another shattered 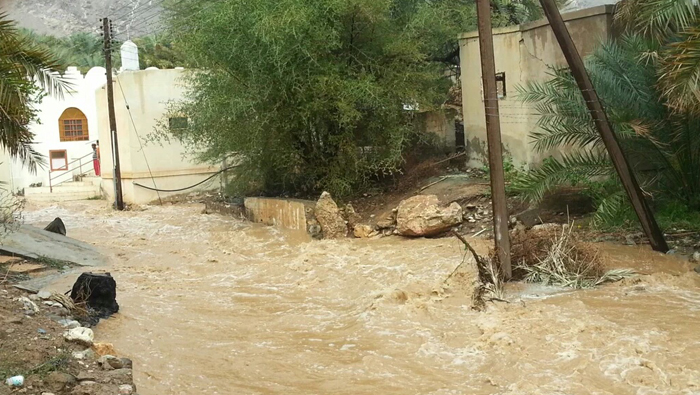 Latest: Rain begins in many parts of Sultanate
Muscat: “It was raining and we decided to enjoy swimming. I still remember the strength of the sea waves. The sound still beats in my ears. I feel now that the sound of the waves was telling me to go away from the sea. Maybe I could save my cousin’s life.”
Sultan Al Balushi’s story is tragically familiar, a tale which starts with a foolish decision in the name of ‘fun’ to ignore safety warnings from the authorities as the weather worsened. Despite alerts from the Public Authority for Civil Aviation (PACA) to stay out of the rough seas Sultan and his cousin went in search of thrills.
Their decision did not end well.
“I remember we were screaming for people playing on the beach as they heard us but quite late,” said Al Balushi, a resident of Shinas who was finally plucked from the waves by those on the sand.
Stay ahead of the rest and download our free WhatsNews app for Apple, Android or Blackberry
“I was unconscious for some time and when I turned conscious I discovered my cousin is missing. The people thought I was alone and they didn’t search for him at first,” said Al Balushi.
Some time later his cousin was found dead on the shore.
Today, and for days to come this week, others will face a choice similar to Sultan and his cousin, whether to risk the waves or the wadis despite the warnings of the PACA.
Heavy rain
“It will rain heavily from Monday till Friday. Already, it has started to rain in many interior areas. Wadis will overflow posing threat to public. We advise people not to risk their and others life,” Hamed Al Barashdi, a senior official from the PACA, told Times of Oman.
WATCH: Heavy rain causes flooding in Bidbid.
“This time the rain is expected to be heavier than last week and more wadis are expected to flow heavily,” said Al Barashdi.
He added that although many instructions and messages are sent to public through different languages, still some don’t take them seriously.
“You still can have fun but just wait for the situation to be more safe and clear to everybody. Fun is always better, when it is safe ,” said Al Barashdi.
A spokesperson with media department of Public Authority for Civil Defence and Ambulance (PACDA), advised the public not to risk their lives during rain and try not to leave home unless in emergency situations.
“People should listen to the update and instructions sent by the authorities concerned.
“Light rain started at around 12pm in Bahla, Yanqul, Sharqiyah, Ibri, Ibra, Mudhaibi and Buriami. By 3pm, it started to rain heavily in Kabourah, Suwaiq, Rustaq, Mussanah and other areas, . Muscat region also may receive heavy rain in evening and night,”said Bader Ali Al Baddaei, an administrator of www.rthmc.net, a local Web-based forum that discusses weather in Oman.
“Wadis in Al Taiaan is (are) overflowing following heavy rain,” Bader added.
Meanwhile, AccuWeather.com’s meteorologist Adam Douty said that thunderstorms are expected to intensify on Tuesday and Wednesday and become more frequent and leading to significant flooding threat across eastern Oman.
“On each day, the highest threat for flash flooding will be during the afternoon and evening hours. Typically dry rivers may quickly become swollen with water. Roads in some areas may get flooded and damaged. Late in the week, thunderstorms should lessen ending the threat,” Adam said.
Still grieving for his cousin, Sultan had this to say to Oman’s residents in the coming days, “Please think hundred times before taking such decision. It’s not only you who will be going through difficult scenario but others, relatives, who have lived their whole lives trying to protect you.”
In 2015, at least 14 people had drowned in overflowing wadis in different parts of Oman during the flash floods in September and October. Oman’s civil defence had to carry out more than 200 rescue operation during the rainy days.