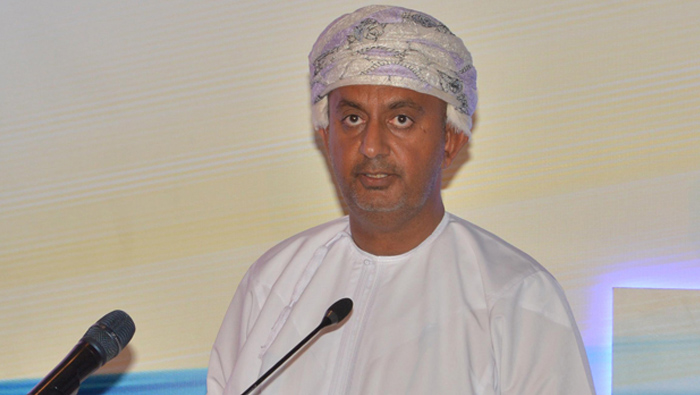 Muscat: Oman’s vision for 2040 has been praised by the United Nations as being in line with their Sustainable Development Goals, according to Ali Al Sunaidi, Minister of Commerce and Industry who is also the Deputy Chairman of the Supreme Council of Planning.
Developing people and creating a knowledge-based economy that focuses on individuals and their ideas, as well as maintaining peace are the cornerstones of Vision to 2040, and Oman is focusing on innovation, technology and protecting the environment as pillars for completing the vision and leading Oman to a future in tune with the United Nation’s goals.
Speaking at the U N conference Dr Al Sunaidi said: “Vision 2040 is aligned with the United Nation’s sustainable development goals. It focuses on various objectives, but we can sum them up in four elements.”
“The first and main element is people, so that no one is left behind. Another element is an economy based on knowledge, which is extremely important.
“The third part is protecting and preserving the environment, which is an important goal that we need to tackle as groups, not as single countries. The fourth element that the Sultanate believes in is peace, as it is the basis of development. Without peace, there can be no such thing as sustainable development,” he added.
Al Sunaidi’s comments came during a visit to a high-level United Nations summit, where he presented Oman’s first Voluntary National Review. After meeting with the Secretary General of the United Nations, António Guterres, Al Sunaidi spoke on United Nation’s radio about Vision 2040 and how it relates to the UN’s 17 Sustainable Development Goals.
During the interview, Al Sunaidi said: “These elements [of the 2040 vision] are aligned with the 17 SDGs. Oman is committed and doing what is needed.”
According to Al Sunaidi, Oman’s focus has been on infrastructure for many years, which has led to excellent results.
“The focus since 1970 has been on infrastructure in health and education, and this is why our average life expectancy rose from 58 years in 1970 to 78 years old. This shows that people have been the focus and priority under the leadership of His Majesty Sultan Qaboos bin Said,” he added.
While looking to 2040, Oman has decided to turn its attention towards young people and their needs in order to create a future suited to them. “Our latest discussions around 2040 were centred on people, and we decided to focus on the young. We asked them: What do you want in 2040 and what do you expect from it? The answers covered many things, including a lot of technology, the fourth industrial revolution and empowering youth and women in society,” he said.
Al Sunaidi’s meeting with Guterres revealed that Oman is taking positive steps, which were praised by the United Nations.
“I was honoured to meet the Secretary-General of the United Nations. The Sultanate is a partner to the UN, and it believes in its values and hopes to be a supporting force, promoting peace all over the world , wherever there is an opportunity to do so”.
“This is what we strive towards and that was what my meeting with the S.G was about. I am thankful and will go back to my country with positive notes from the S.G about Oman’s role,” Al Sunaidi added.