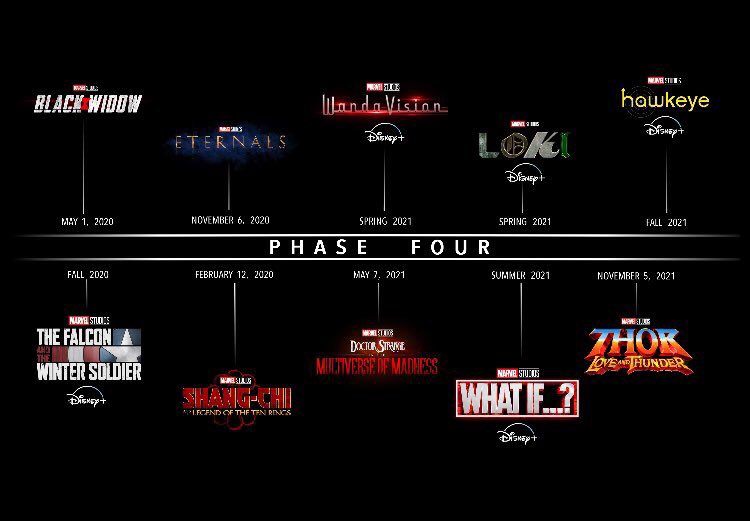 San Diego: On the heels of reports that Marvel’s Avengers:Endgame will become the highest grossing film of all time, beating Avatar, Marvel Studio’s President Kevin Feige pulled back the curtain on Phase 4 of the Marvel Cinematic Universe (MCU), which includes 'Black Widow,' Disney+ shows and sequels to 'Thor' and 'Doctor Strange.'

"The Infinity Saga is complete," Feige said at the San Diego Comic-Con Saturday.

Feige also surprised the audience by announcing the launch of movies like Black Panther 2, Captain Marvel 2 and new movies including Fantastic Four and Mutants. He also unveiled the movies' casting, revealing that Mahershala Ali will be joining the MCU as Blade, the vampire hunter that was played by Wesley Snipes in three movies previously.

While those films don't have dates, earlier in the panel Feige revealed that up first will be Scarlett Johansson's Black Widow, which will open May 1, 2020 and is directed by Cate Shorthand.

The Eternals will follow on Nov. 6, 2020 and the cast will include Angelina Jolie, Richard Madden, Kumail Nanjiani, Brian Tyree Henry, Salma Hayek, Lia McHugh and Don Lee. Chloé Zhao is directing the film.

Feige also revealed the title for the new Shang-Chi movie: Shang-Chi and the Legend of the Ten Rings, which he revealed will star Simu Liu as Marvel's first Asian leading man. It will open Feb. 12, 2021.

The next Thor movie was revealed to be titled Thor: Love and Thunder, and will debut Nov. 5, 2021 from filmmaker Taika Waititi.

The Falcon and the Winter Soldier (Disney+, Fall 2020)

Doctor Strange and the Multiverse of Madness (May 7, 2021)