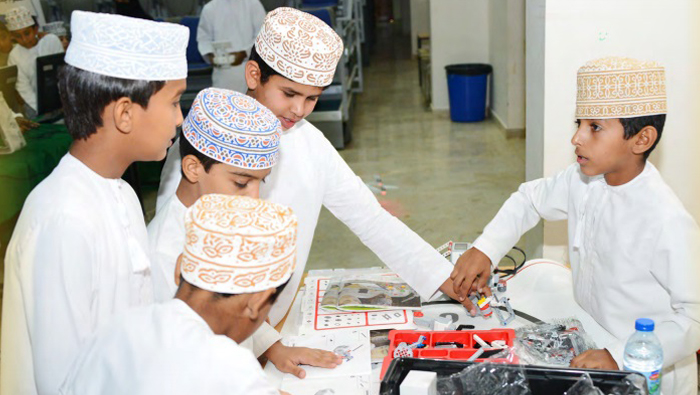 Muscat: Oman’s biggest gathering of scientists and innovators is set to return for a second edition which promises to be even bigger and better.
In line with the government’s push towards science and innovation, the Oman Science Festival 2019 is designed to be an arena through which innovators young and old can come together and share ideas.
Speaking to Times of Oman about the important role of science and innovation in the Sultanate’s future, the Undersecretary for Educational Planning and Human Resources Development at the Ministry of Education, Saud Al Balushi said: “The future is science and it is time for Oman to enter this field in depth.”
“The Oman Science Festival is important because it is an opportunity for university and school students to express their scientific and innovative potential. Previously, they could only do so within their classrooms, in schools’ events or simple exhibitions.”
For the first time, different branches of the military will also participate in the event.
“We went to the Armed forces, Air Force, Navy and the Royal Oman Police colleges and they were all happy to attend. They will display the scientific aspects related to their area of speciality,” Al Balushi added.
Oman Science Festival will also see civil society institutions such as ministries take part, as well as schools and other academic establishments.
“We will also have external participation. We are currently in negotiations with NASA and CERN to attend. We have also invited two astronauts and scientists from all over the region.”
Organised by the Ministry of Education, the second Oman Science Festival is set to take place between November 4 to 8, 2019. The theme for this year’s festival is the fourth industrial revolution.
The event will include interactive workshops, plays, scientific experiments, lectures and seminars, competitions, and scientific films.
The success of the first Science Festival in October 2017 saw huge support from the public, leading to a decision by the Ministry to hold the festival every two years.
“More than 120,000 people visited the last edition of Oman Science Festival, and we are expecting to receive 250,000 visitors this year,” Al Balushi added.
Since the first Oman Science festival, the school curriculum for grades 1-6 for math and science has moved to international standards and, according to Al Balushi, this decision is aimed to reflect the country’s move towards spreading a culture of science and innovation.
“The festival can be seen as a national umbrella of sciences that brings together schools, universities, research centres and ministries,” Al Balushi said.
Interest in science is beginning to grow all over the country, according to Al Balushi: “During our field visits we have noticed how this has begun affecting schools as they pay more attention to science and innovation,” he said.
In the 2017 edition of the festival,100 innovations were presented. According to Al Balushi, the aim is to show young people that science is more than just what you learn in the classroom.
This year’s festival will include innovations in fields such as robotics, aviation, energy and telecommunications, military technology, environment, health and much more.