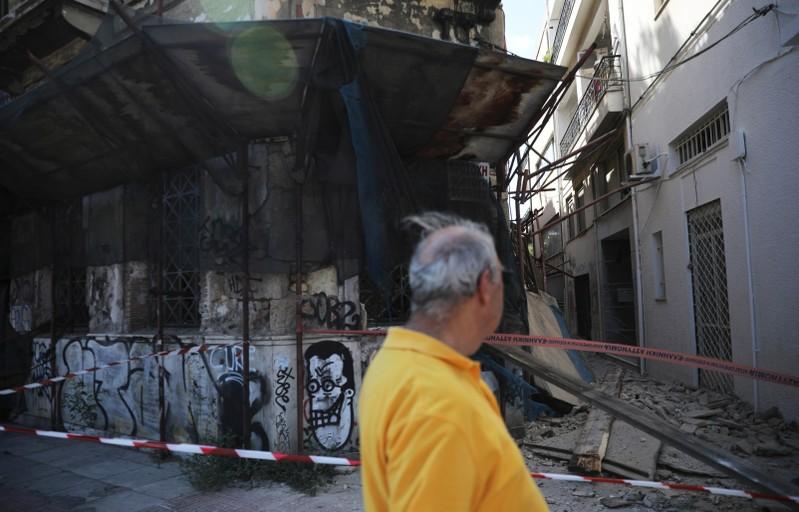 Athens: An earthquake measuring 5.1 on the Richter scale jolted Athens on Friday, according to the Geodynamic Institute of the Athens Observatory, which revised downwards an earlier estimate given by the Euro Mediterranean Seismic Center.

The epicentre was located in western Attica, about 23 kilometres northwest of the Greek capital at a depth of 10 kilometres, according to preliminary data.

No casualties or serious injuries have been reported, Greek government spokesman Stelios Petsas announced, but only problems in telecommunications and power cuts which are being restored.

Heavy traffic has been reported across Athens due to problems with traffic lights.

According to the Greek official, authorities have verified the collapse of two uninhabited buildings in the port of Piraeus' suburbs, as well as damage to buildings in various suburbs of Athens and the wider Attica region.

Several residents of Athens evacuated public and private buildings as a precaution, as at least 13 aftershocks measuring 3-4.4 on the Richter scale were recorded, according to Greek seismologists.

A 1999 quake measuring 6 on the Richter scale with an epicentre in western Attica caused massive destruction and killed over 100 people.