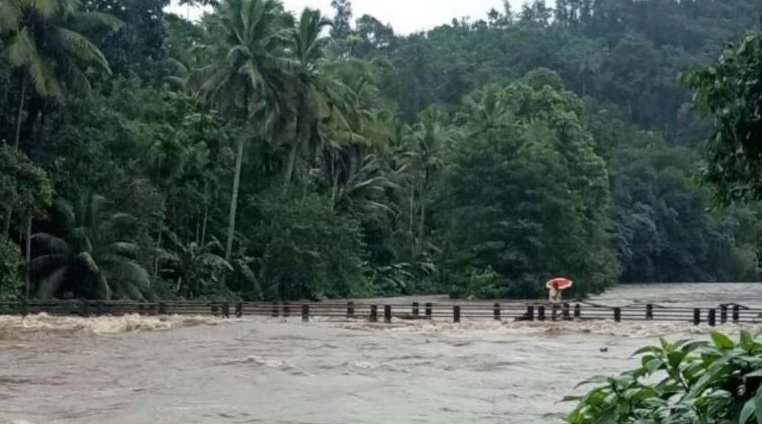 Chennai: Residents across India's souther state of Kerala were warned of heavy rainfall over the next several days.

The India Meteorological Department (IMD) issued alerts for some districts in the state.

"Heavy to very heavy rainfall at a few places with extremely heavy falls at isolated places very likely over Kerala and other places until July 24," an IMD official said. "An alert has been sounded in Kasargod district, Idukki, Kannur, Kozhikode, Malappuram and Wayanad to advise officials there is a need to take action."

As heavy rains lashed several parts, a flood-like situation has emerged in Kozhikode district, Kannur and a few other pockets. Reports said at many areas, rafts were used for commuting after roads were inundated with rainwater.

In Idukki, following the alert, one shutter of the Kallarkutty Dam was been opened after heavy rains lashed the catchment area.

Authorities advised fishermen living on the coast of Kerala and Lakshadweep area not to venture out to sea.

Meanwhile, the local government has set up control rooms across all districts and declared holiday for all educational institutions in Kasargod district.

Last year, massive floods hit the state, wreaking large scale destruction, after which the Indian government declared it a calamity of severe nature.

Indian states of Assam and Bihar are currently battling floods, which have displaced millions and killed over 100 people.