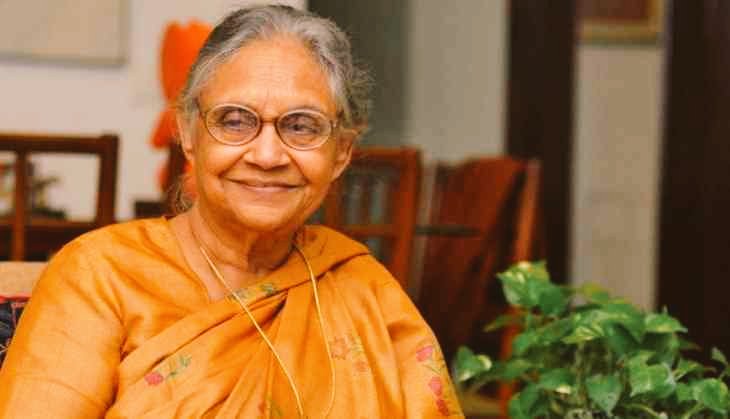 Dikshit, who won three consecutive terms starting in 1998, led the country's capital region for 15 years as a member of the Congress Party.

Tweeting an image of the two of them together, India's Prime Minister Narendra Modi said, "Deeply saddened by the demise of Sheila Dikshit Ji. Blessed with a warm and affable personality, she made a noteworthy contribution to Delhi’s development. Condolences to her family and supporters."

Former Congress Party leader Rahul Gandi said, "I’m devastated to hear about the passing away of Sheila Dikshit Ji, a beloved daughter of the Congress Party, with whom I shared a close personal bond.

"My condolences to her family & the citizens of Delhi, whom she served selflessly as a 3 term CM, in this time of great grief."

Arvind Kerjiwal, the current Chief Minister of Delhi said, "Just now got to know about the extremely terrible news about the passing away of Mrs Sheila Dikshit ji. It is a huge loss for Delhi and her contribution will always be remembered. My heartfelt condolences to her family members. May her soul rest in peace."