4 million at risk of food insecurity and disease in Bangladesh: IFRC 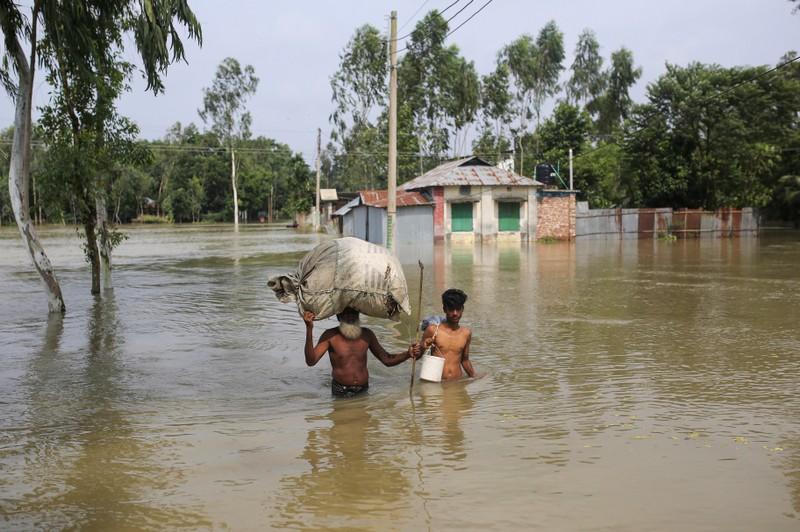 Dhaka: Monsoon rains, floods and landslides continue to hit parts of Bangladesh, putting four million people at risk of food insecurity and disease according to the International Federation of Red Cross and Red Crescent Societies (IFRC).

Azmat Ulla, the Head of the Bangladesh Office of the IFRC said in a press release, “These communities are reeling under the full force of the monsoon rains and the ensuing floods and landslides. Even if the rains recede, overflowing rivers upstream will worsen the flooding in the coming days.”

According to the humanitarian organisation, floods and landslides have left hundreds of thousands stranded and without power or electricity. Over 66,000 homes have been destroyed whilst food and clean water shortages in addition to a rise in waterborne diseases are being reported.

Feroz Salah Uddin, Secretary General of the Bangladesh Red Crescent Society said, “Tens of thousands of homes have been destroyed which puts people further in the direct path of dangerous floods. We are seriously concerned about access to the affected populations. A critical priority for Bangladesh Red Crescent volunteers right now is to reach these stricken communities with relief supplies.”

The IFRC has responded by releasing 452,439 Swiss francs (over $460,000) from its Disaster Relief Emergency Fund to allow the Bangladesh Red Crescent Society to provide food, relief items and cash for 10,000 of the most affected families living in the worst hit districts, according to a press release.