Suspected arson at anime studio in Japan kills at least 23 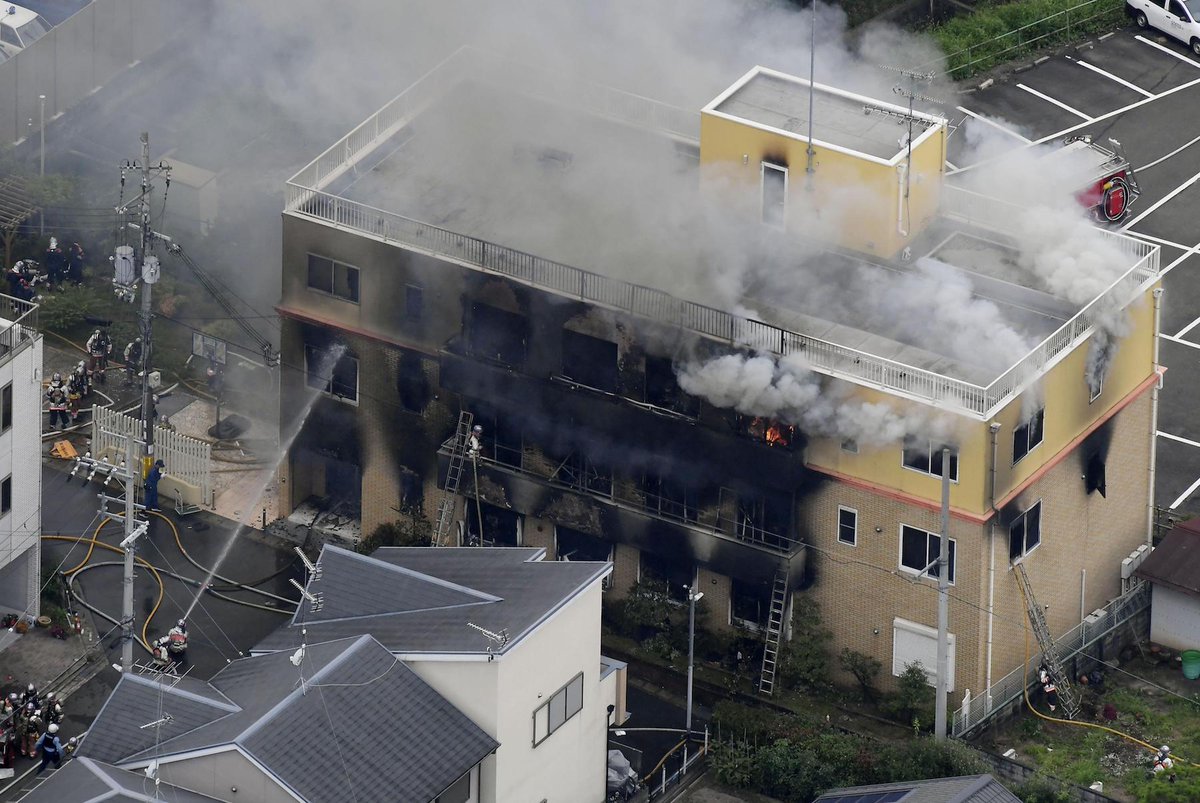 Kyoto: At least 23 people are dead and dozens were injured after a suspected arson attack at an animation studio in Kyoto, Japan, local emergency officials said.

Local media quoted the police as saying that a man broke into the Kyoto Animation Co. studio on Thursday morning. Police say that the arson suspect, a 41-year-old, sprayed petrol before igniting it.

The suspect has been detained and was taken to hospital with injuries.

Eyewitnesses described a loud explosion followed by an inferno that rapidly engulfed the building.

It is feared more victims could still be on the top floor, which was filled with thick smoke.

"Several other people appeared to have failed to escape on the second floor," a fire department spokesman said.

Japan's Prime Minister Shinzo Abe said the incident was "too appalling for words" and offered condolences to those affected.