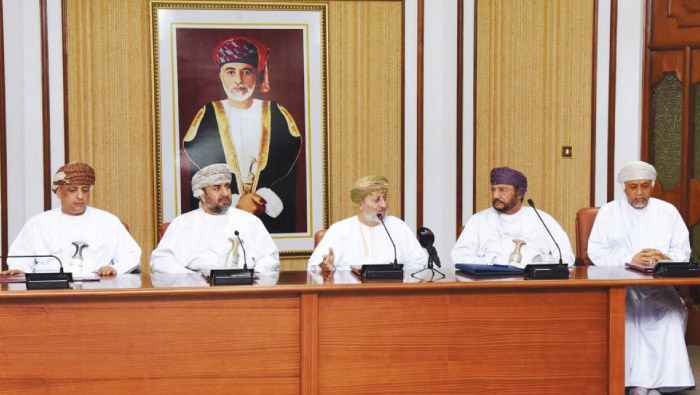 Salalah: A meeting was held on Monday at the office of the Minister of State and the Governor of Dhofar to discuss the preparations of the government and private bodies concerned with the reception of visitors and tourists during the Salalah tourist season.
The meeting was chaired by Sayyid Mohammed bin Sultan Al Busaidi, Minister of State and Governor of Dhofar.
The meeting reviewed the preparations of all concerned parties to serve visitors during the tourist season in terms of organising traffic, securing green areas and beaches, maintaining the safety and security of all, in addition to discussing the promotion and upgrading of municipal services, as well as the readiness of the municipality’s recreational center to host events and activities associated with the tourist season.
The meeting reviewed the readiness of health services, accommodation, communications and electricity and various services needed by the citizen and the tourist in addition to discussing the readiness of the rest houses on - Adam - Thumrait Road.
Need to follow up
Minister of State and Governor of Dhofar stressed during the meeting the importance of good performance in the provision of all services and the need to follow up with the concerned government agencies to exert more efforts and coordination with each other in a bid to provide the best services during the tourist season.
The meeting was attended by Sheikh Muhana bin Saif Al Lamki, Deputy Governor of Dhofar, Sheikh Salem bin Oufit Al Shanfari, Head of Dhofar Municipality, a number of advisors and officials in the office of the Minister of State and Governor of Dhofar, as well as a number of government and private agencies in the governorate.